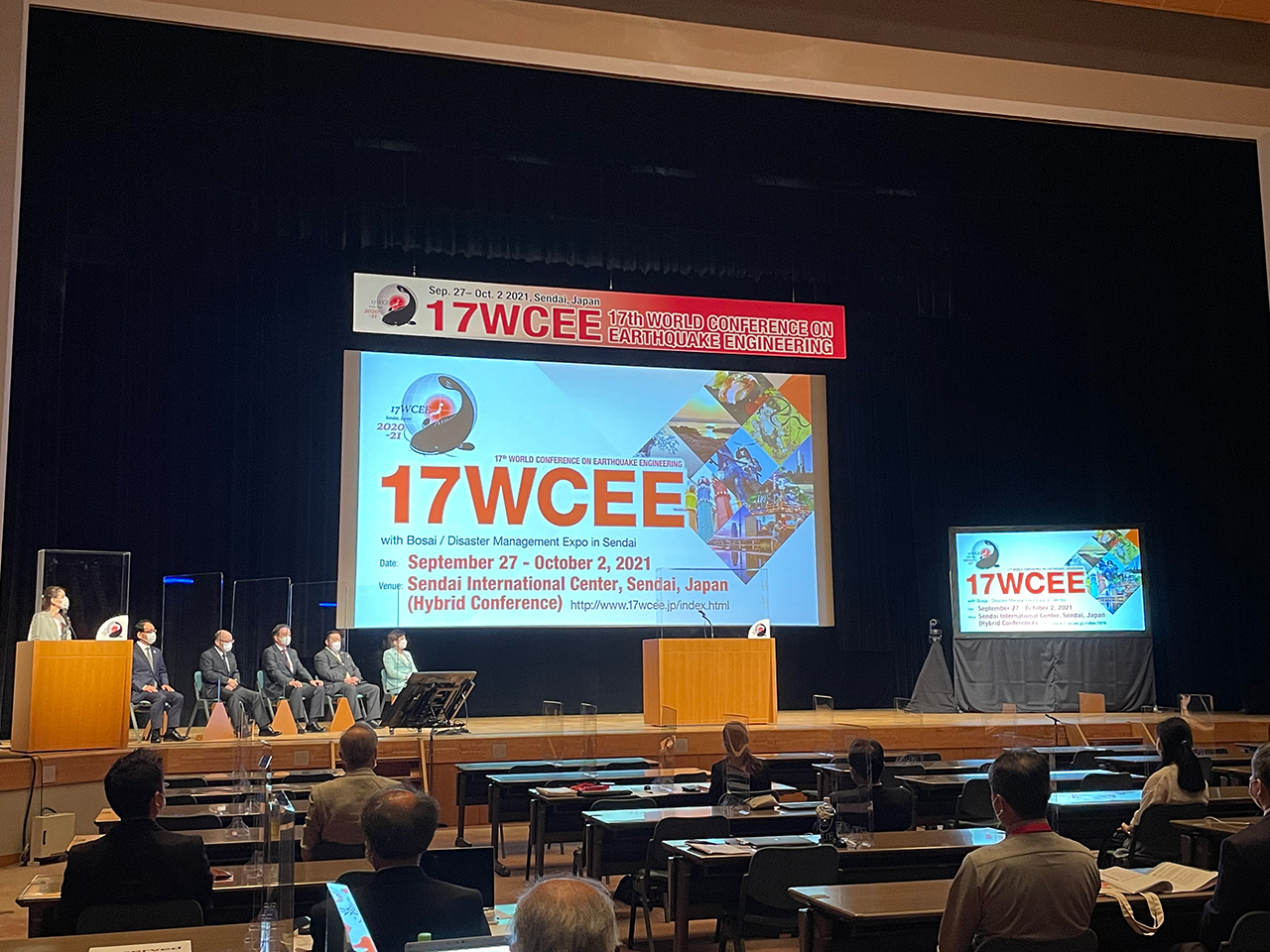 Benefits, Challenges, and Lessons of Hybrid Conferences: A Case Study of the 17th World Conference on Earthquake Engineering in Sendai

Overcoming many challenges and insecurities, the 17th World Conference on Earthquake Engineering (17WCEE) was at last held on September 27, 2021, a year after it was initially scheduled for, in a hybrid-style conference format. It ended successfully on October 2, leaving conference organizers with many insightful takeaways and tips for future events. Following the successful hosting of the 17WCEE, we interviewed the Organizing Committee Chair Professor Kimiro Meguro, the University of Tokyo, to learn more about the benefits and challenges they experienced and his tips for future conference organizers.

Organized by the Japan Association of Earthquake Engineering under the theme “Towards Disaster Resilient Society,” the conference was attended by 271 people in person and more than 3,000 online. It featured 172 online sessions and 35 on-site booths represented by 32 related organizations. The WCEE organizers made the difficult decision to postpone the conference for one year due to the growing spread of Covid-19 but did not consider canceling the event, according to Professor Meguro. Holding the event in Sendai, Miyagi Prefecture, where most of the damage of the Great East Japan Earthquake was inflicted, was too important to abandon, he says.

The 17WCEE began with opening remarks from professor Meguro, followed by a welcome speech by Japan’s Emperor Naruhito, who attended online with Empress Masako. Held for the third time in Japan since its launch in 1956, the event brought together global experts to discuss the latest developments and studies in the field, including infrastructure safety and disaster mitigation through trans-disciplinary and international cooperation.

About a dozen legendary figures in the field participated online from all over the world and gave lectures as keynote speeches or in Meet the Masters sessions.

Ensuring impeccable safety measures at all in-person events was one of the conference’s organizing committee’s top priorities. Attendees were asked to take their temperature and sanitize at the venue entrance during the conference period. The venue further carried out other countermeasures, such as social distancing, cleaning, ventilation, compulsory mask-wearing, including when speaking on stage, and management of attendees’ movements. This management included a specialized QR code system whereby each attendee’s personal QR code, which was distributed at registration, was scanned each time they entered or left the venue. Meals were served in the style of bento boxes.

All staff at the venue also underwent an antigen test every day during the conference to confirm they were negative for Covid. The organizers’ ultimate priority was to ensure that all delegates’ safety and wellbeing were protected during the event.

Embracing the benefits of hybrid-style conferences

While the conference incorporated a hybrid format with most events being held online, the organizers were firmly committed to ensuring the discussions were as vibrant and engaging as they would have been had the event been held in person. From the outset, the organizing committee made a point of making the best of the situation, allowing them to leverage the adopted advantages of a hybrid conference. Rather than aiming to hold a conference that resembles a traditional in-person event, the organizers focused on creating new value by using the hybrid format as a means to an end.

In a rare move, the organizers further asked each presenter to submit their presentation materials and the video recording of it, in advance. This meant the schedule did not run over time and there were no delays to operations during the conference. The use of pre-recorded video materials provided the opportunity to use animated images of experiments and simulations instead of still images and diagrams, which allowed for a much clearer and easier understanding on the part of the delegates.

The online program was set up about one week before the in-person event and made available up to one month later initially and further extended until December 24, making the conference over ten times longer than usual. Organizers also created an environment where attendees and presenters could communicate and exchange questions, using the online bulletin board. As the audience and moderators were able to view the presentation material before each live session, they could have time to understand it and better prepare to ask questions, while presenters were given ample time to reflect on their answers as well. Unlike conventional real-time conferences where attendees can’t view parallel sessions, the 17WCEE format allowed attendees to watch all sessions.

The presentation material was then placed into a database, with the presenters’ approval, which was made accessible after the conference. Until now, the standard procedure of keeping records of conferences was to store papers listed in the conference proceedings in PDF format. With the measure introduced at 17WCEE, however, the organizers could accumulate much richer information, which is expected to contribute significantly to the future development of the field.

Last but not least, a major factor that contributed to the success of the hybrid conference, was the progressive handling of paper submission. While the paper submission deadline had expired when the conference’s postponement was decided, the organizers agreed to approve submitted research papers as planned to avoid any delay in their publication. This allowed the researchers to record the work as their achievement in the 2020 edition of the conference proceedings. Since there is a possibility that the results could be further improved during a one-year postponement period, and in support of those papers that could not be submitted within the original schedule, a new deadline was set to relax the conventional maximum number of submissions, creating an ideal environment that facilitates the production of research results.

Local Support and Flexibility are Key to Success

The move to hold a hybrid event was expected to result in a significant finance and subsidy loss from Sendai Convention Bureau, which it grants for a 1,500 pax in-person conference including 300 pax from overseas. But in July 2021, it was decided that the offer would be upheld regardless of the number of in-person attendees due to the conference’s critical theme and content. The bureau was highly flexible and adaptable throughout the unfolding of the situation, providing other assistance, such as support with the initially planned gala dinner and dispatch of volunteers or various cultural events, throughout the 17WCEE, too, which was crucial to the conference’s success, Professor Meguro said. Even when the organizers had to cancel the rental of the Sendai International Center for 2020, cancellation fees were specially waived as it was clear that the cause was the pandemic. This kind of local support and understanding was crucial for the conference’s success.

With the uptick in Covid-19 infections in Japan ahead of the event and the re-issuance of a state of emergency, the decision on how to go ahead was made at the last possible moment, says Professor Meguro, not hiding that the organizers were hoping to be able to meet participants and visitors in person after all. He recalls that the organizers explored the possibility of holding social events such as the gala dinner “until the last possible minute,” though, in the end, given the circumstances, cancellation had to be administered.

Reinforcing the value of in-person meetings

While lessons from hybrid conferencing demonstrate that organizers are likely to increasingly opt for this modern format going forward, with or without the presence of Covid-19, the value of in-person attendance at business events remains widely accepted. Hybrid events open up attendance to a larger pool of people, potentially giving all attendees an even more excellent international experience, but in-person meetings provide an irreplaceable sense of accomplishment for both organizers and participants.

While the hybrid conference was highly successful, face-to-face style conferences will continue to remain significant in the field of association meetings as people need to see places on the ground that are closely related to the topics of discussion — such as the site of earthquake reconstruction in Sendai, or other areas that could potentially experience damage from earthquakes in the future, and the prevention measures associated to them. Furthermore, as Professor Meguro argued, in-person meetings provide young scholars with the rare opportunity to meet and interact with experienced professionals in the field, essentially facilitating the possibility of joint research.

The new features implemented at the 17WCEE, including video conferencing and data submission in advance, could be replicated in future WCEEs, regardless of their format. As an event held successfully with stringent Covid-19 countermeasures, the 17WCEE also has lessons to offer event organizers during the pandemic, but it also served as a reminder of the importance of hosting in-person meetings in the future, even if hybrid meetings continue to be widely implemented. 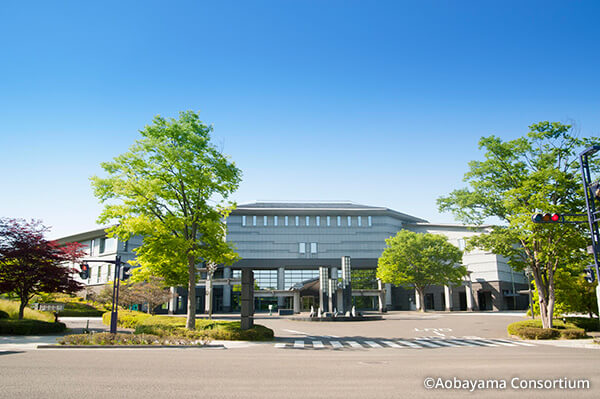 Sendai International Center is located in the middle of the abundant nature of Sendai, close to academic cultural facilities such as the Sendai City Museum, the Miyagi Prefectural Art Museum, and Tohoku University, serves as a base for conventions and the promotion of academic culture in Sendai. It has a conference building and an exhibition building with a 3,000 m² exhibition space. Both buildings combined have a capacity of approximately 6,000 people.