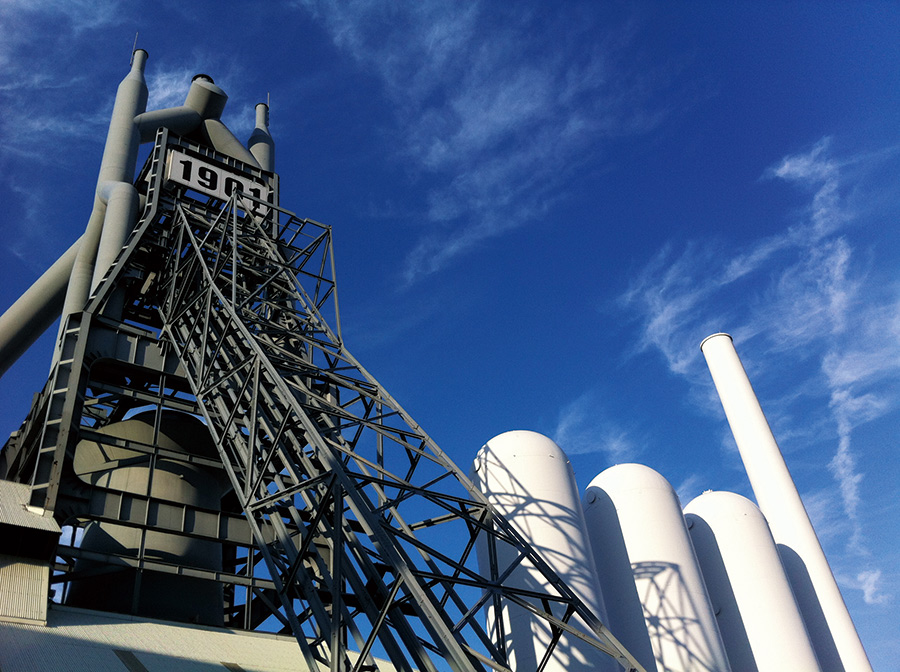 The northernmost city of Kyushu and has been an important hub for both land and marine traffic since olden times.
Having developed around heavy and chemical industries, such as iron and steel, machinery, and chemical companies, the city of Kitakyushu has underpinned Japan's industrial modernization and rapid economic .

As the location of Japan’s first state-run steelworks in 1901, the industrial city of Kitakyushu was a powerhouse supporting Japan’s period of rapid economic growth. Keeping pace with the transition in its industrial structure, Kitakyushu has taken the next leap, venturing into new higher value-add industries, but continuing to embrace its “manufacturing DNA”, even today.
Although faced with a devastating legacy of pollution from its own period of prosperity as an industrial city, Kitakyushu’s residents, corporations, and the government banded together to eradicate these problems. The city now shares its experiences with the world to help solve environmental issues around the globe.
Today, Kitakyushu, an industrial and environmental city that has been witness to an unprecedented transformation unlike anything the world has ever seen, offers inspiration and sustainable ideas as a MICE venue through its own history of experiences.
A concentration of industries has gathered in the city in recent years, including robotics, auto, and telecommunications industries and the city continues to develop today as a manufacturing centre proud of its advanced technological strength.
Kitakyushu Science & Research Park aims to be a base for science and research in Asia to advance the development of technology in new industries. It opened in April 2001 as a one-of-a-kind experiment that brought together science and technology-related national, municipal, and private universities and research institutes on a single campus. Today, leading universities sharing the principles of the Kitakyushu Science & Research Park carry out active education and research activities in technology, particularly focusing on environmental and information technologies.
In 2011, the Organisation for Economic Co-operation and Development (OECD) selected the City of Kitakyushu as a Green Growth Model City. The city had already been honoured for it’s tremendous success in overcoming pollution in 1990 with the UNEP Global 500 Award and again in 1992 when it was presented with  the UN Local Government Honours Award at the United Nations Conference on Environment and Development (Earth Summit), making it the only municipality in Japan to receive the award.

Recent Trends in Regional Industry and Research in KitaKyushu 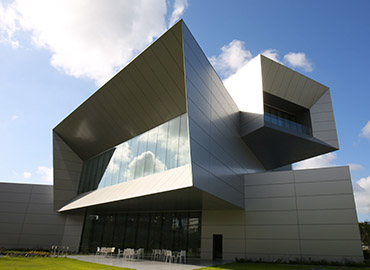 A global manufacturer of industrial robots, Yaskawa Electric Corporation is located in Kitakyushu, which has a growing cluster of corporations and researchers that support the robotics industry.
When it comes to service robots, Kitakyushu is pioneering a demonstration project for nursing care robots with its designation as a National Strategic Special Zone in 2017, as well as endeavoring to support research and development for the practical application of new robot technologies, such as robots for inspecting infrastructure.
The northern Kyushu area, which also includes Kitakyushu, is home to four automobile manufacturers and forms a major base that supports Japan’s automobile industry with a production capacity of 1.54 million vehicles a year. Small- and medium-sized local businesses are also expanding operations and entering the market as automobile-parts related companies. 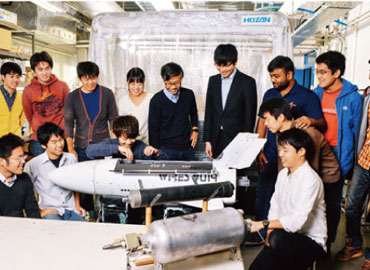 A collaboration of 4 Universities Four universities with campuses in the Kitakyushu Science and Research Park have combined their strengths to run a collaborative graduate school offering a general Car Electronics Course and an Intelligent Car & Robotics Course. Both courses train highly skilled, next generation leaders in the fields of industrial automotive and robotic fields.
The Kitakyushu Science and Research Park is focused on the development of next-generation vehicles with fully-automated driving functions that utilize artificial intelligence. Kitakyushu is also promoting driving demonstration projects for ultra-compact mobility and the expanded use of fuel cell vehicles, as it aims to become a major base for the development, demonstration, and production of next-generation vehicles.
Kyushu Institute of Technology (Kyutech)
For over a hundred years Kyutech has educated highly skilled experts with far-reaching aspirations and solid manufacturing experience. With engineering schools and graduate schools, the institute is at the forefront of research in areas such as environmental engineering, aerospace engineering, and robotics. 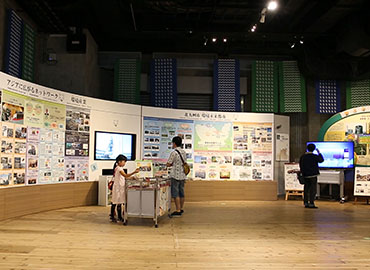 TRANSformative meetings
The City of Kitakyushu has developed around heavy and chemical industries ever since the government-run Yawata Steel Works opened its doors here in 1901. Today, the city continues to evolve as a manufacturing city proud of its advanced technological strength.
More than 50 years ago, the city’s residents, corporations, academic institutions, and the government have banded together to overcome the severe pollution problems that arose as a result of Kitakyushu’s development. In 2011, we were the first city in Asia and the Pacific to be selected by the OECD as a “Green Growth City”, demonstrating success in the delicate balance between the environmental conservation and economic development.
Over the years, we have confronted diverse issues, including serious pollution. And yet, each time, we have demonstrated our ability to adapt and turn hardships into opportunities, successfully rebranding ourselves as a “Transformative City”.
Eco-Town Project
The City of Kitakyushu is developing the Eco-Town Project as the mainstay of environmental and recycling industries promotion.
The site will consist of 23 companies and groups, with 9 ongoing empirical research cases, having a total of 1.45million observers (as of February 2017).
Kitakyushu is also heavily involved in projects related to Renewable Energy including the scheduled construction of an offshore wind-generated power plant over approx.2,700ha. in the Hibikinada Sea which is scheduled to start in 2022 as well as the adoption of solar-power generation at 251,715 kW(3rd highest in Japan) and wind-generated power at 20,852 kW(as of September 2016)