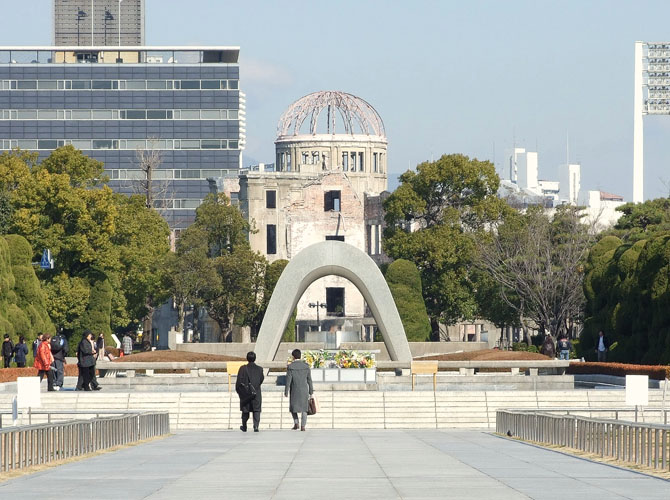 Hiroshima is the most populated city and the largest economic hub in the Chugoku/Shikoku region. It is home to many manufacturing industries, including automaking and ship-building. As the site of the world’s first atomic bombing, Hiroshima continues to work tirelessly for world peace.

Hiroshima, the largest city in the Chugoku/Shikoku region, and its environs are a major commercial hub and home to a flourishing manufacturing industry centered around automotive production. Other manufacturing industries in the region include aerospace, ship-building, and industrial equipment.
The region has a rich natural environment, and leads Japan in oyster production with a national market share exceeding around 70%.
As well as being the prefectural capital, Hiroshima City is a major center of economic activity and accounts for about half of prefectural GRP.
Many manufacturers, including Mazda Motor Corporation, are headquartered in the region, which is also home to the regional offices of numerous large corporations and banks based in Tokyo and Osaka.
With an array of tourism resources including the Hiroshima Peace Memorial (Genbaku Dome or Atomic Bomb Dome) and Miyajima on the Northwest side of Hiroshima Bay, both of which are UNESCO World Heritage sites, the prefecture attracts large numbers of domestic and international visitors. 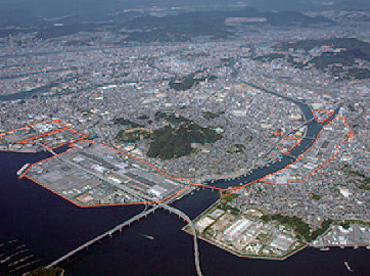 Hiroshima Prefecture is home to many major manufacturers including Mazda and Mitsubishi Heavy Industries, and has a high concentration of enterprises in the automotive, aerospace, industrial equipment, and ship-building fields.
In addition to development and production facilities operated by Mazda, one of Japan’s leading automotive manufacturers, Hiroshima has a wide range of automotive parts companies supporting such facilities, and these play a key role in the regional economy. Ship-building has a long history in the region, where Japan’s oldest dock was built in the 19th century. The Hiroshima Aircraft Industry Promotion Council has been established as a forum for collaboration among companies, university research institutes, and government agencies. Its initiatives are aimed at enhancing the productivity and technical capabilities of Hiroshima’s aircraft industry. 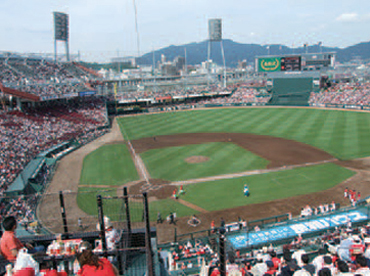 Hiroshima has many sports equipment manufacturers, including the headquarters of Molten Corporation and the main factory of Mikasa Corporation.
Many professional sports teams, including baseball, soccer, and basketball teams, are based in Hiroshima. The city and prefectural governments actively work to attract world sporting events in a variety of disciplines. In this context, the municipal government compiled the Hiroshima City Sports Promotion Plan and has been making efforts to develop human resources, etc. 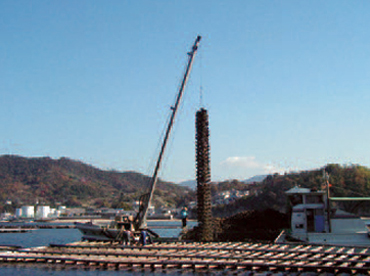 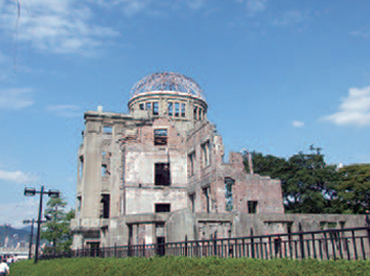 As the site of the world’s first atomic bombing, Hiroshima continues to work tirelessly for world peace.
As well as the Hiroshima International Peace Summit, the city has hosted the United Nations Conference on Disarmament Issues, which was held in Hiroshima again in 2015.
Peace initiatives are taken in many fields, including Hiroshima City Univercity’s Research Institute for Radiation Biology and Medicine.