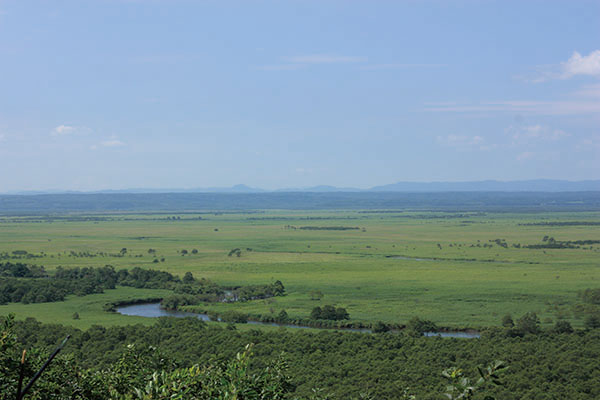 Kushiro is a port city located in eastern Hokkaido facing the Pacific Ocean and enjoying the blessing of the sea, mountains and rich nature. The city has two national parks: Kushiro shitsugen (Marshland) National Park, which is home to tancho red-crowned cranes, a protected species in Japan, and boasts the country’s largest marshland; and Akan Mashu National Park encompassing Lake Akan, a habitat for round marimo moss balls. With a daily mean temperature of 22.9°C in August, the city is known as the coolest place in Japan to escape the summer heat, and the number of sports camps and long-term visitors has been increasing in recent years. Kushiro is a great place to hold a compact MICE in its downtown area, which has a cluster of MICE facilities, hotels and restaurants, or a MICE at a hot spring resort in the Lake Akan area surrounded by woods, which features a distinctive feel of Ainu culture. 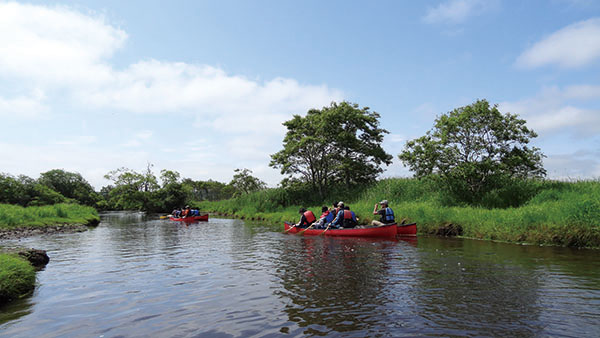 Canoeing on the Kushirogawa River

An art-gallery like stylish hotel with various wood carving art woks and paintings by local artis...

"Akan Yukunosato Tsuruga A Japanese-style hotel with traditional tastes and 2 communal baths. The...

The building is Located in central city, at the foot of Nusamai Bridge. Hotels are near by, so it...

This Arena is the largest and newest sports facilities in Eastern Hokkaido. Except for sports, it...

It is a spectacular sunset cruise where you can see "Kushiro Sunset", one of the three major suns...

A designer hotel and hub for business and sightseeing in eastern Hokkaido located near iconic Nus...