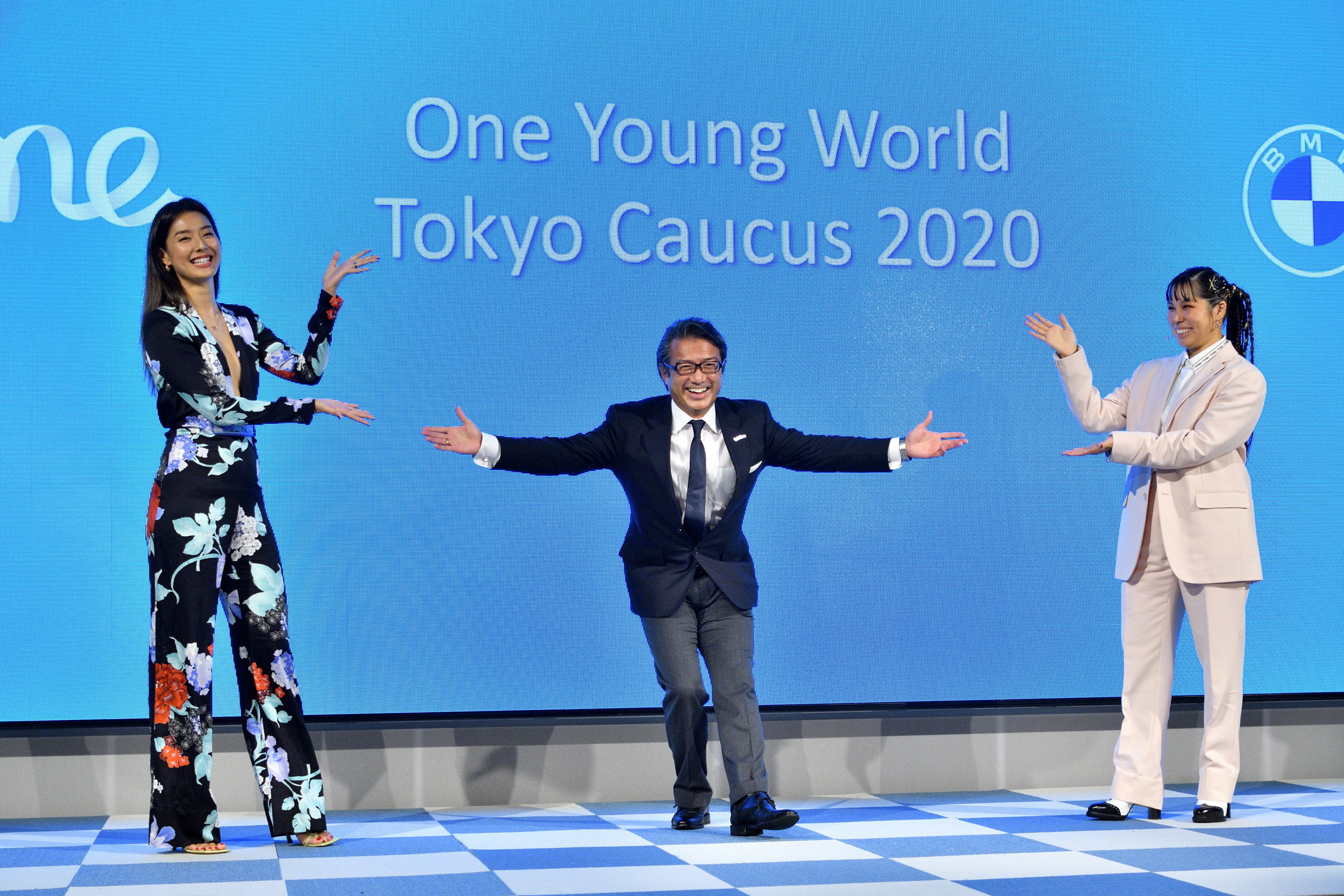 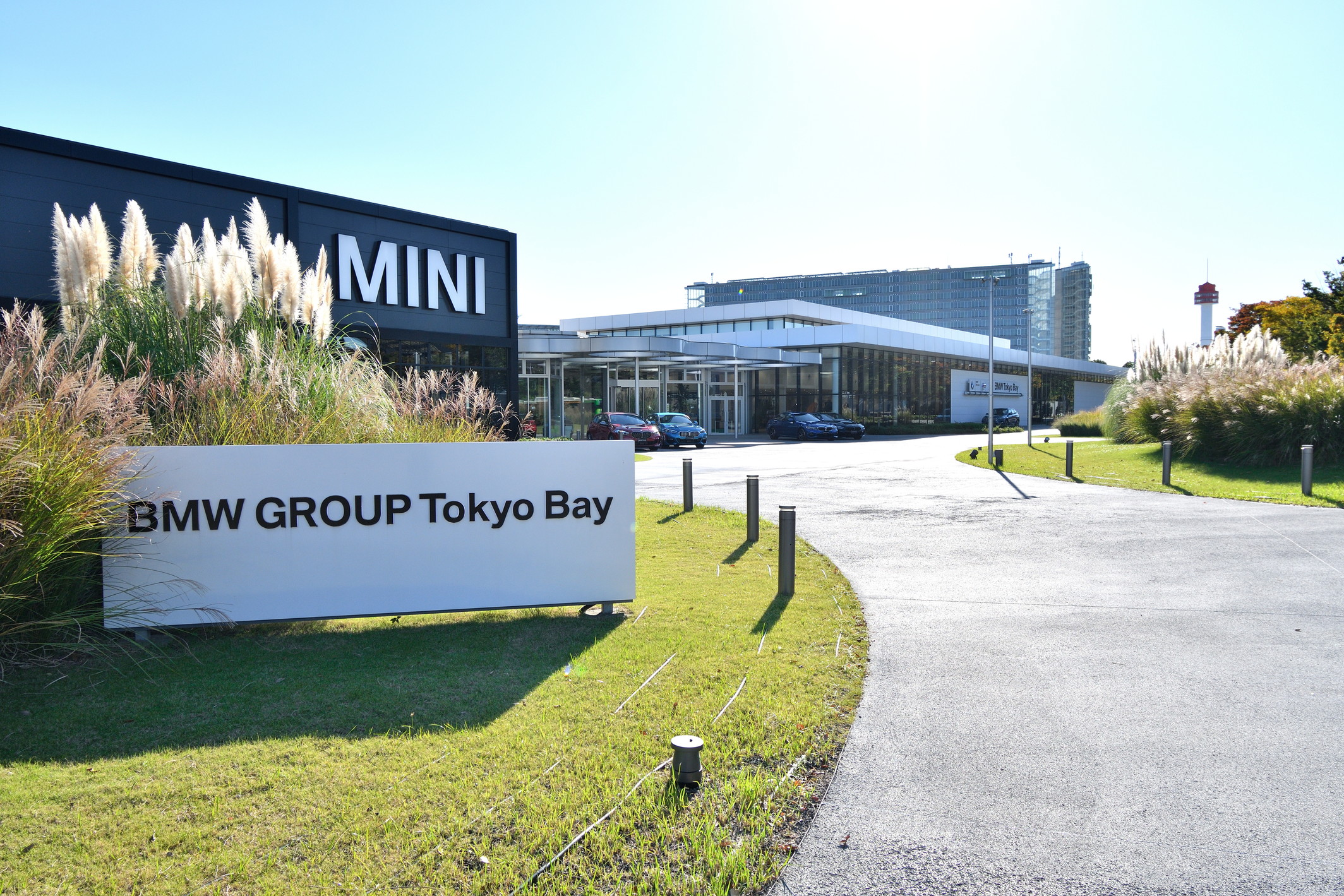 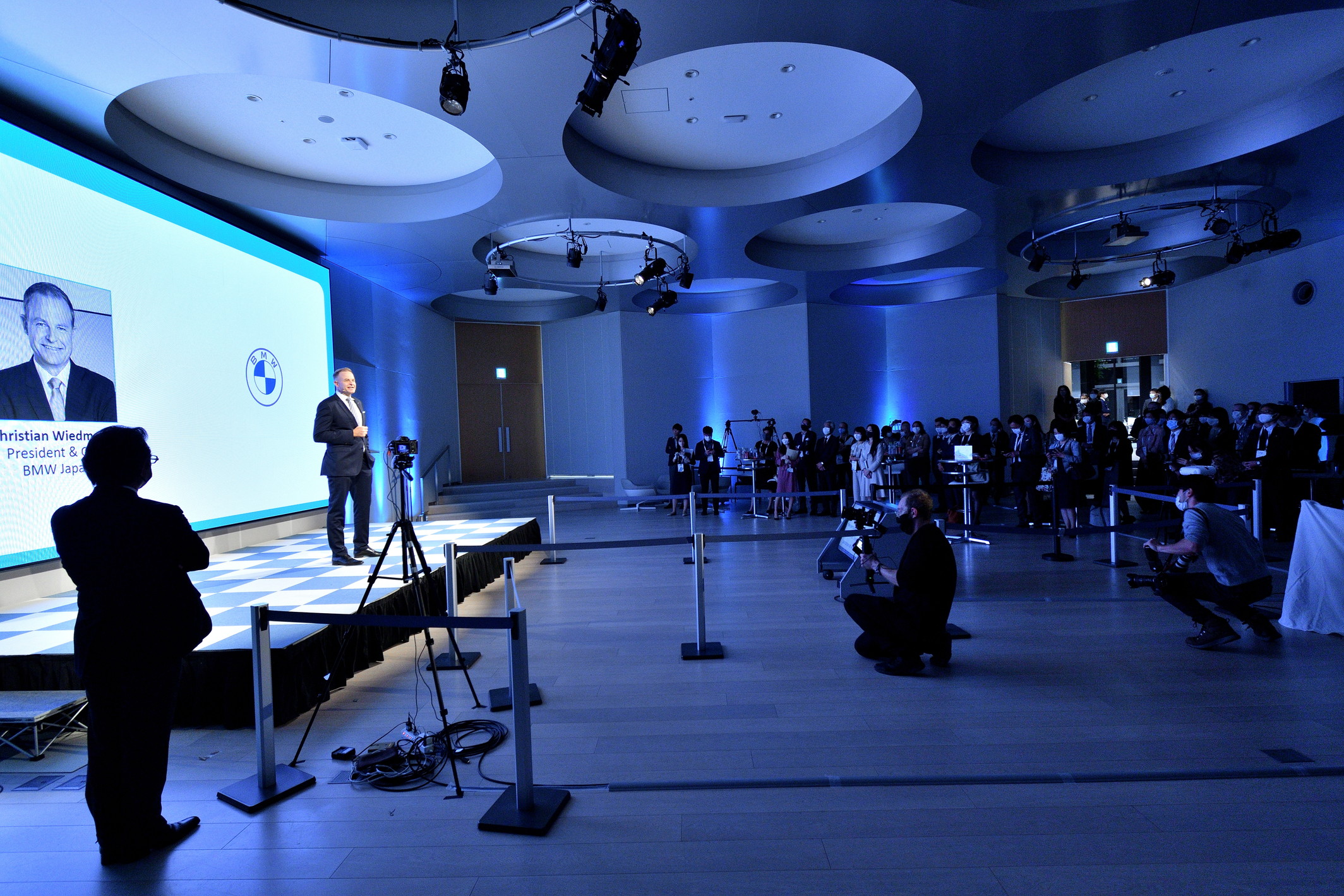 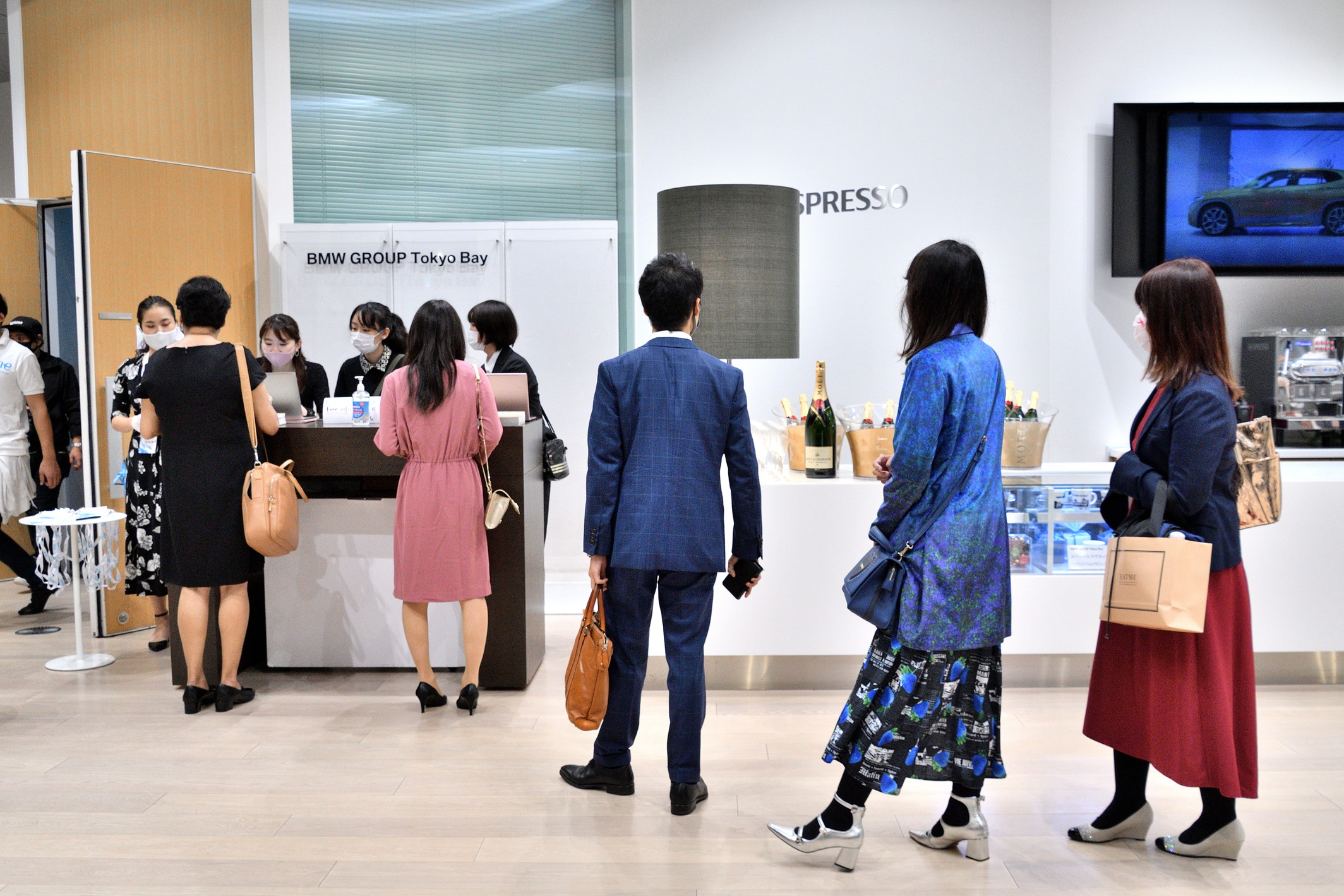 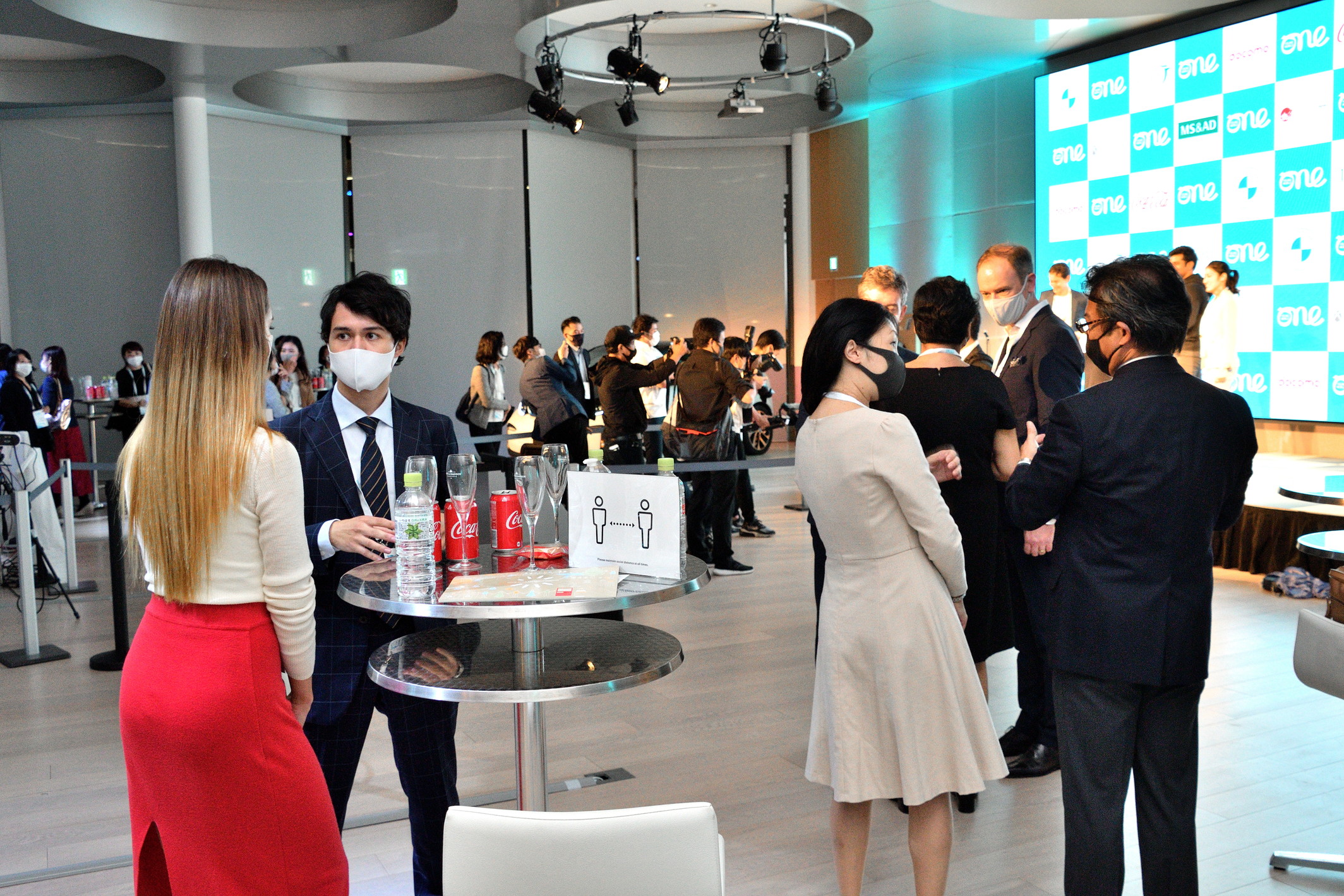 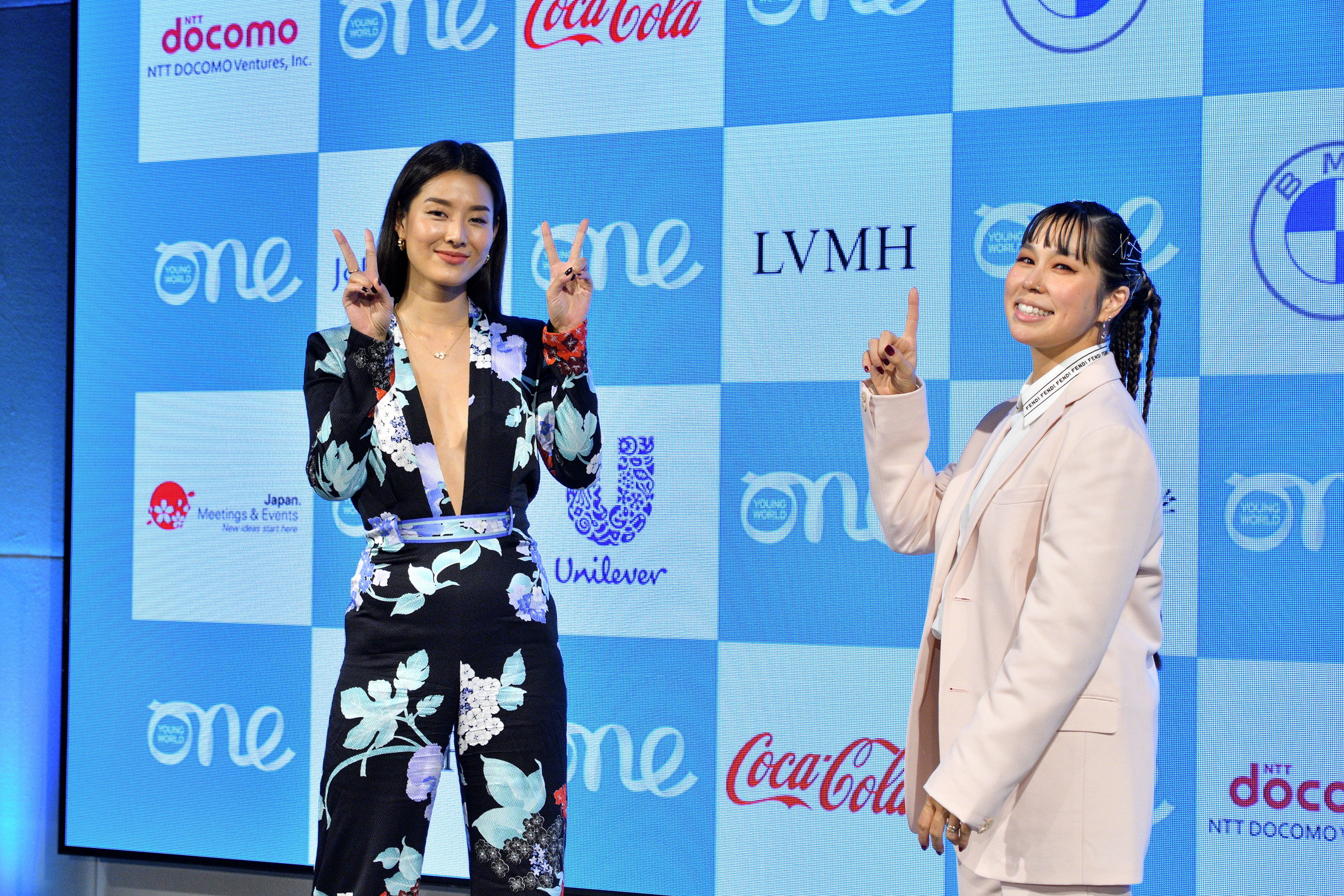 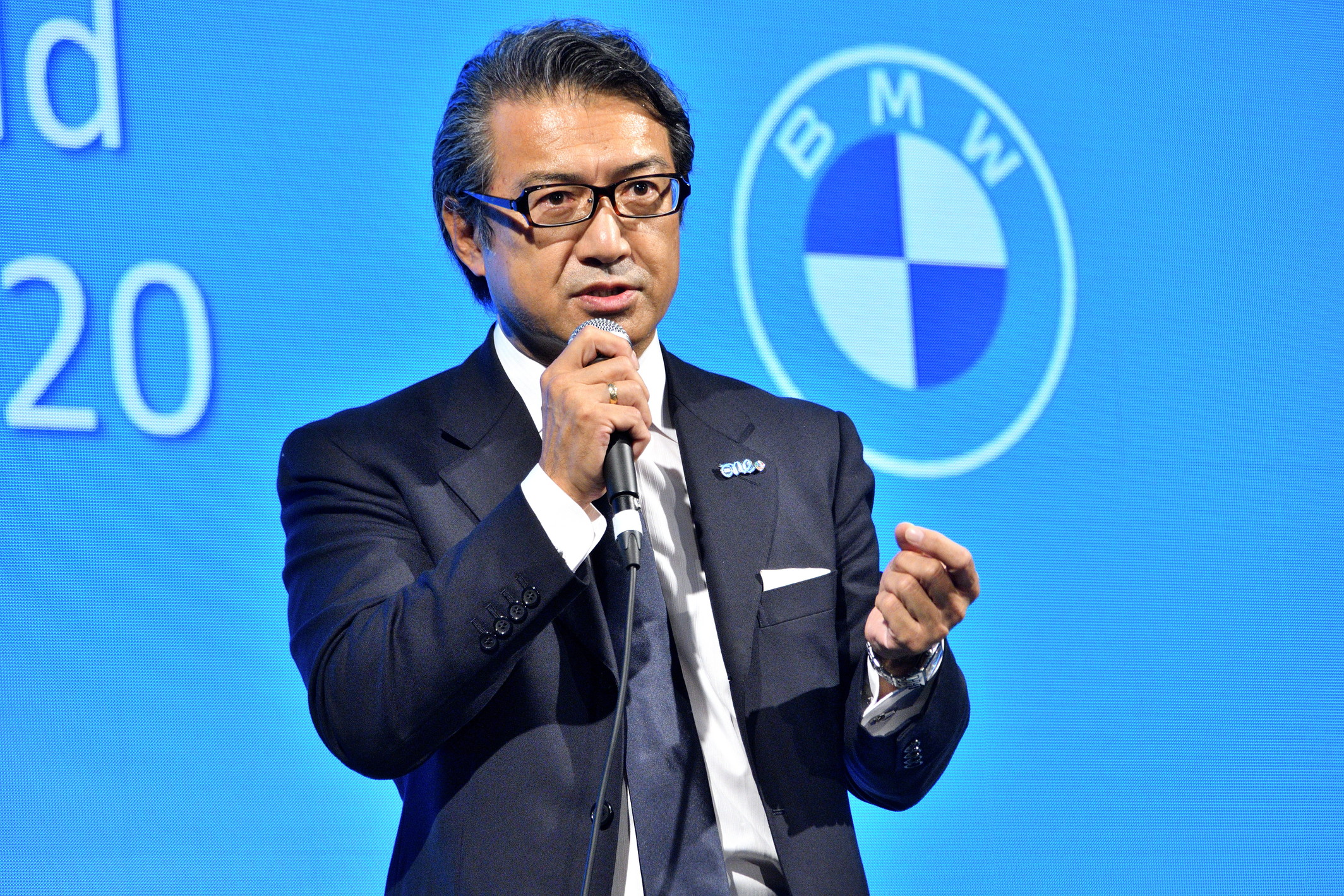 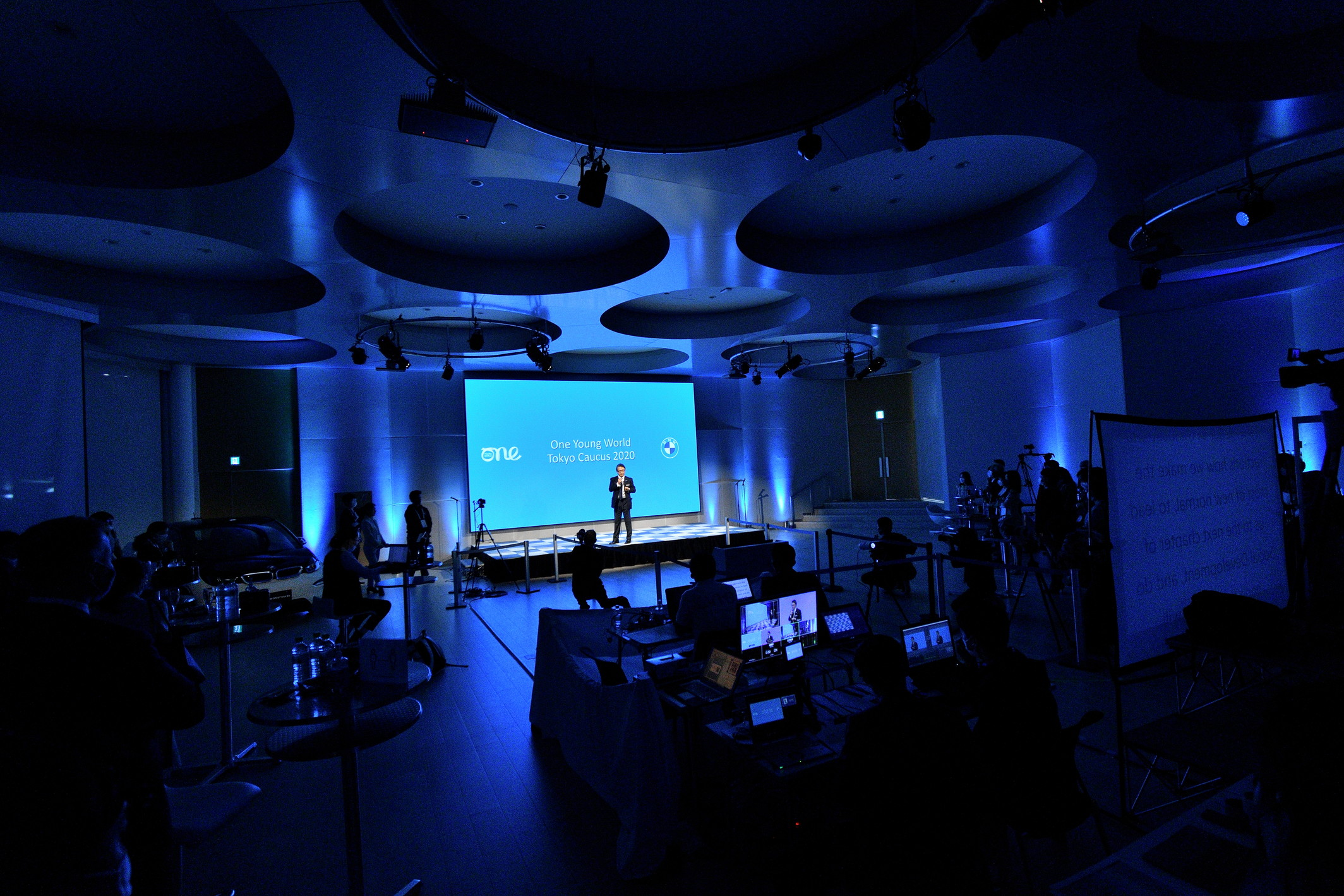 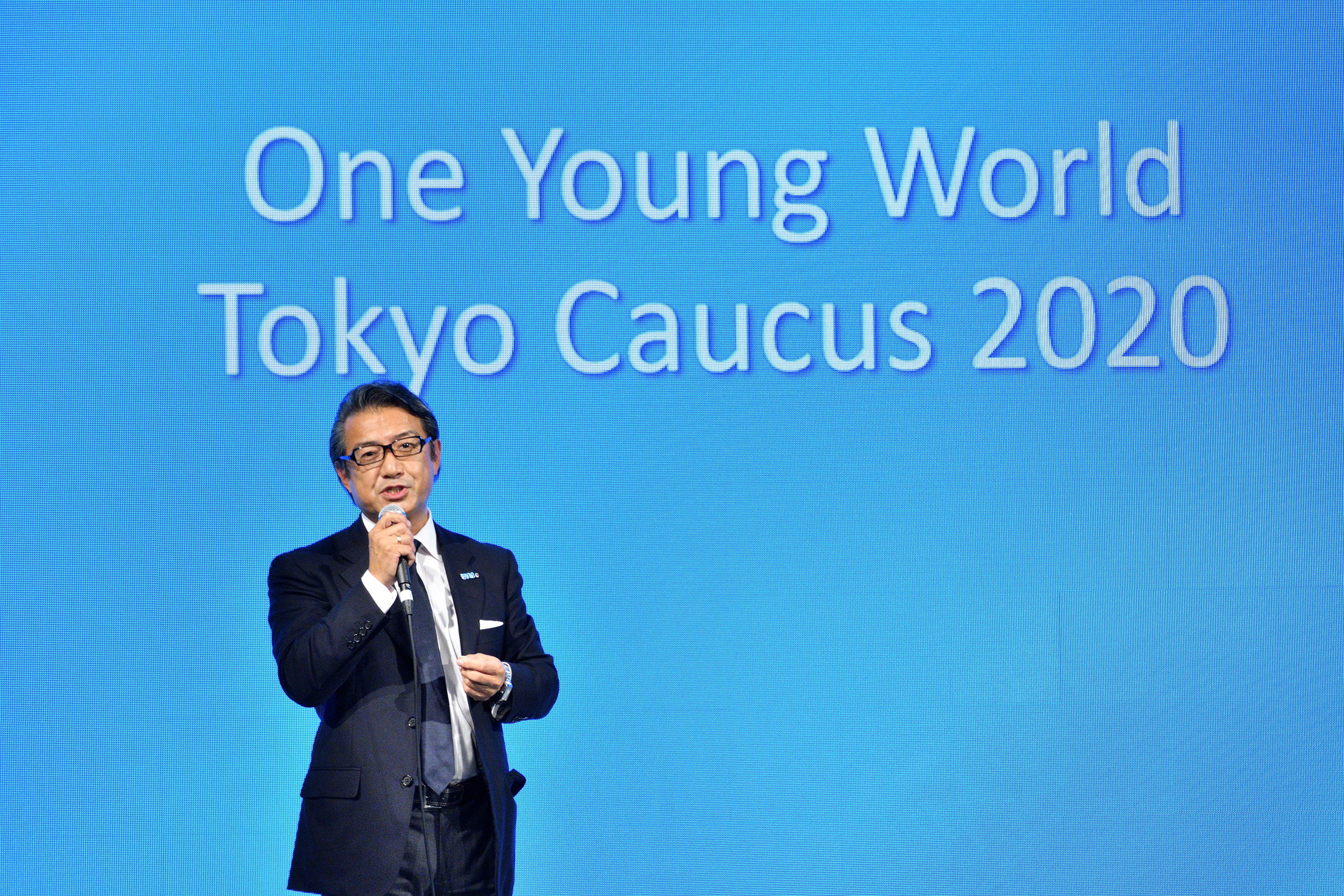 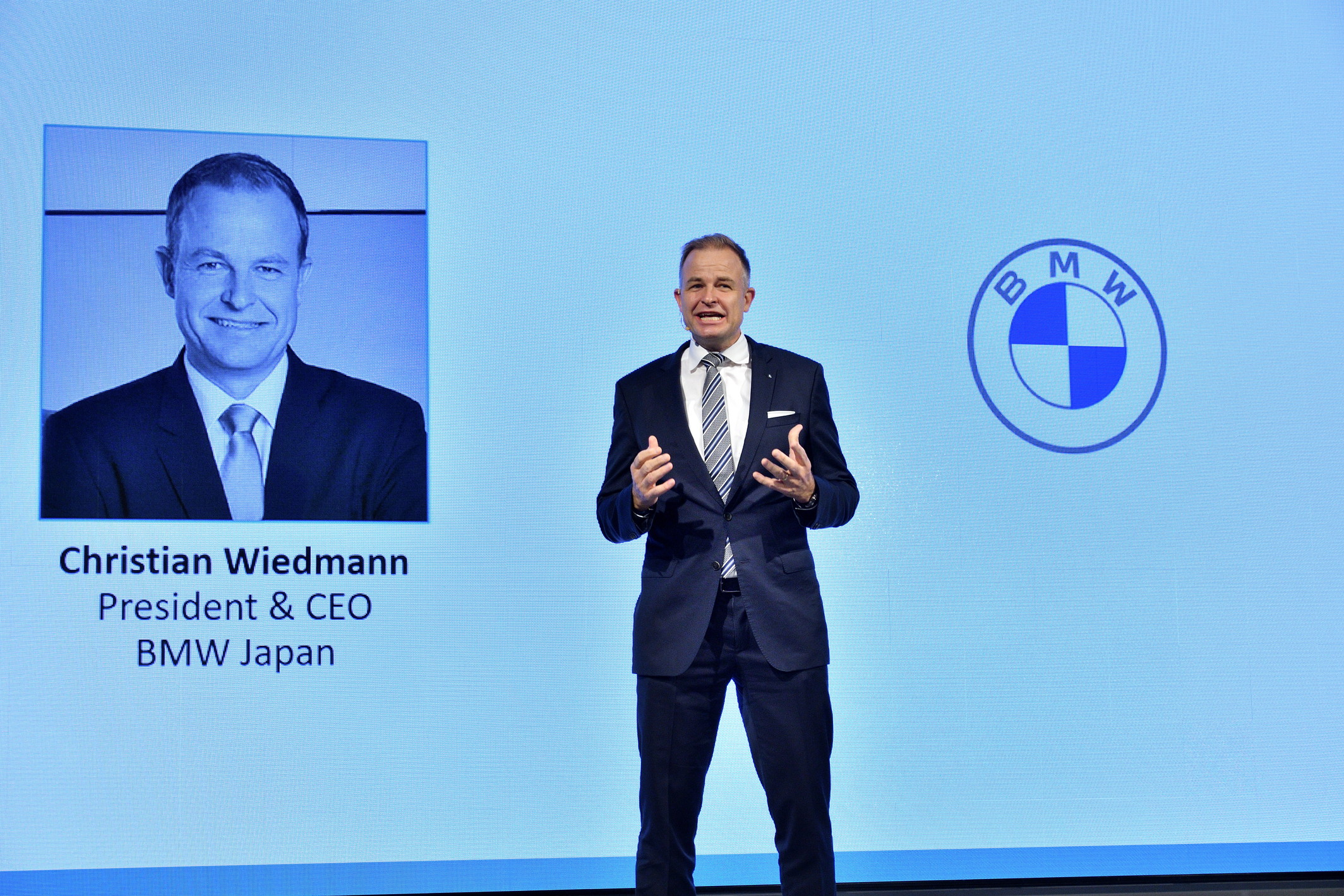 The world’s largest global gathering of next-generation leaders, the One Young World (OYW) Global Summit, is to take place in Tokyo in May 2022. The OYW Tokyo Caucus 2020 was held in October to begin building towards the Global Summit in two years, which is expected to attract over 2,000 participants from 190+ countries to Japan.

One Young World is a UK-based, non-profit which identifies, promotes and connects the most impactful young leaders to create a better world, with more responsible, more effective leadership. Its annual Summit of young social business entrepreneurs aims to tackle the globe’s most pressing issues, from climate change to conflict resolution. Often referred to as “Young Davos,” the award-winning annual Summit has been named International Conference of the Year on multiple occasions by C&IT.

Caucuses regularly take place around the world to provide an opportunity for OYW Ambassadors to connect face to face, explore opportunities for collaboration and gain insight into a range of emerging issues. The first One Young World (OYW) caucus in Japan was held in 2018 with only OYW Japan Ambassadors in attendance. This year, the caucus opened up to new faces and new voices, building on 2020’s theme of ‘One Young World meets One Wise World’.

The Covid-19 pandemic has given the entire world a great opportunity to think deeply about our core values and the world we want to live in. To leverage this moment, the OYW Tokyo Caucus looked at some of the crucial challenges facing Japan, and the world, through six distinct lenses, using Sustainable Development Goals and Inclusive Leadership as the guiding principles for future action.

“We want to convey the uniqueness of Japan to the people from across the world who
attend the One Young World Tokyo Summit, so that they will return to each country
and tell others that Japan is a great country, their culture unique and that from their visit
they gained lots of new perspectives.” 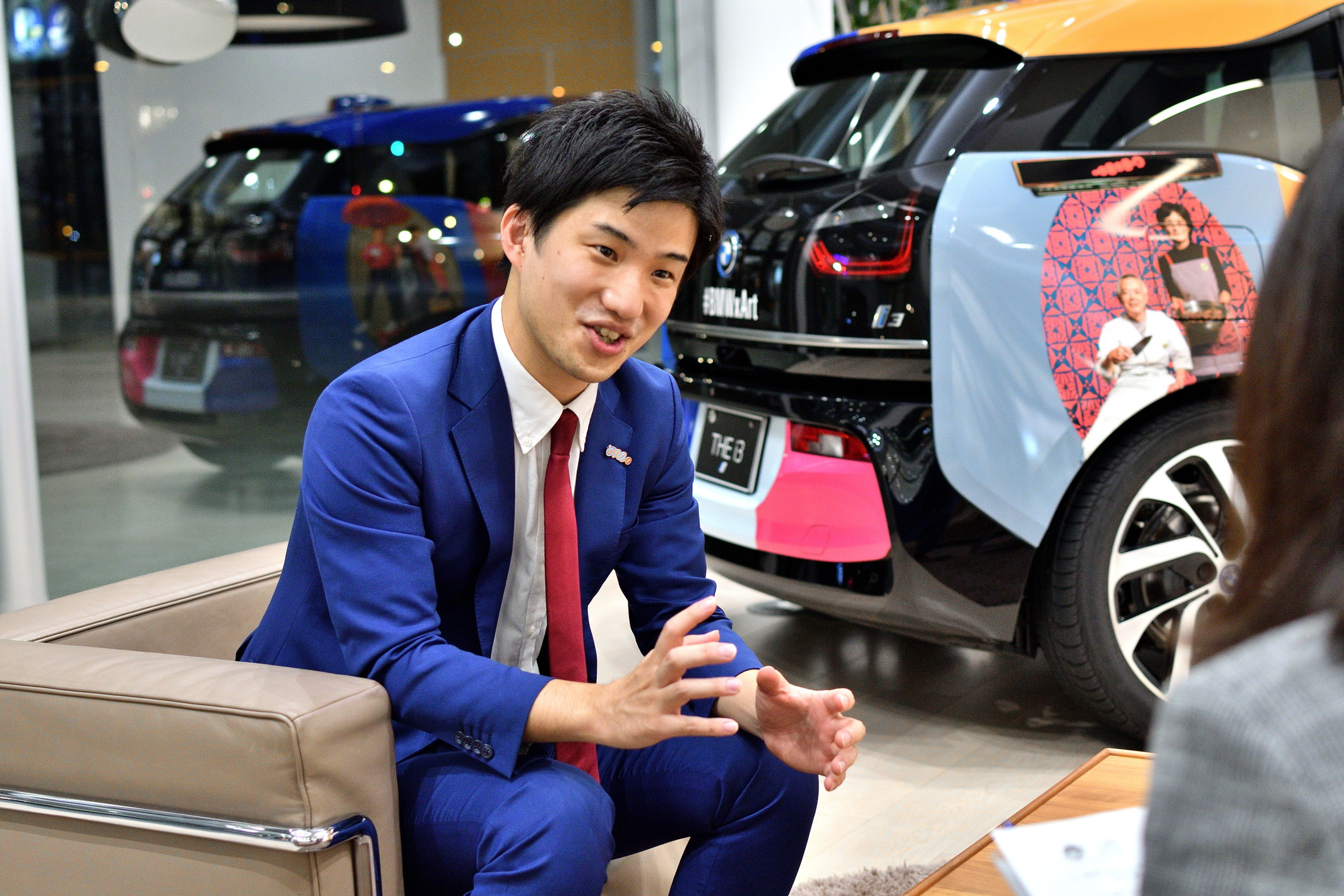 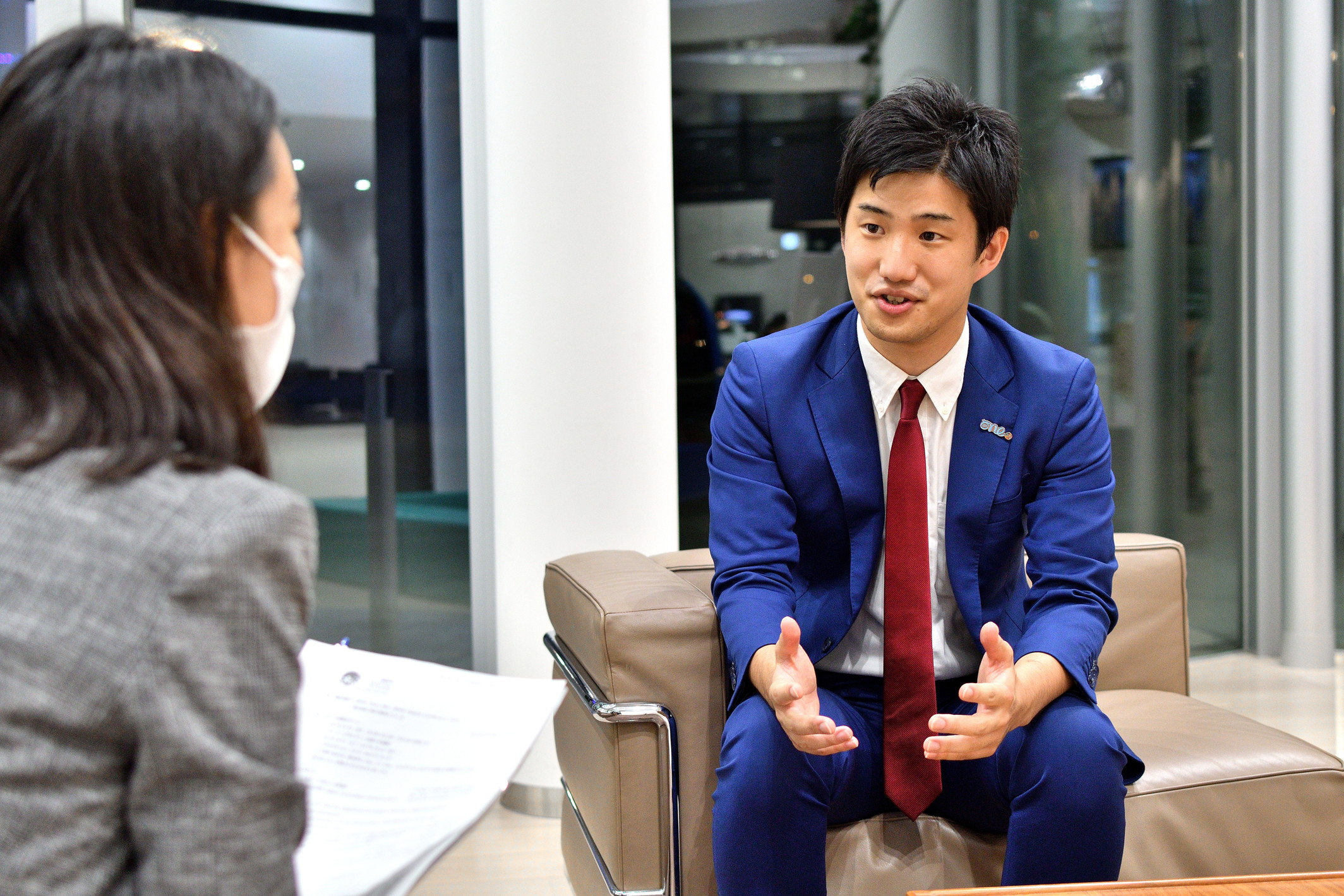 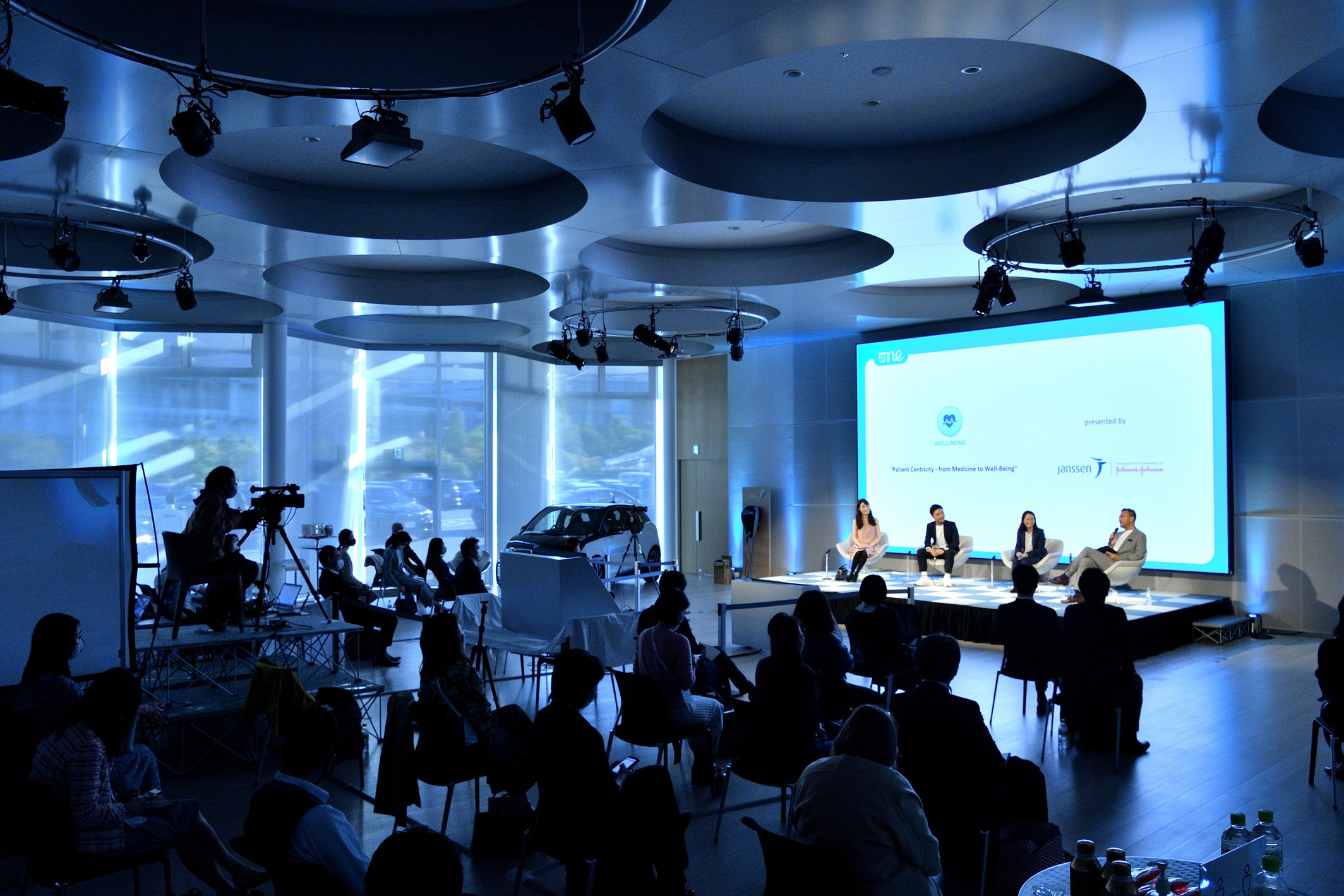 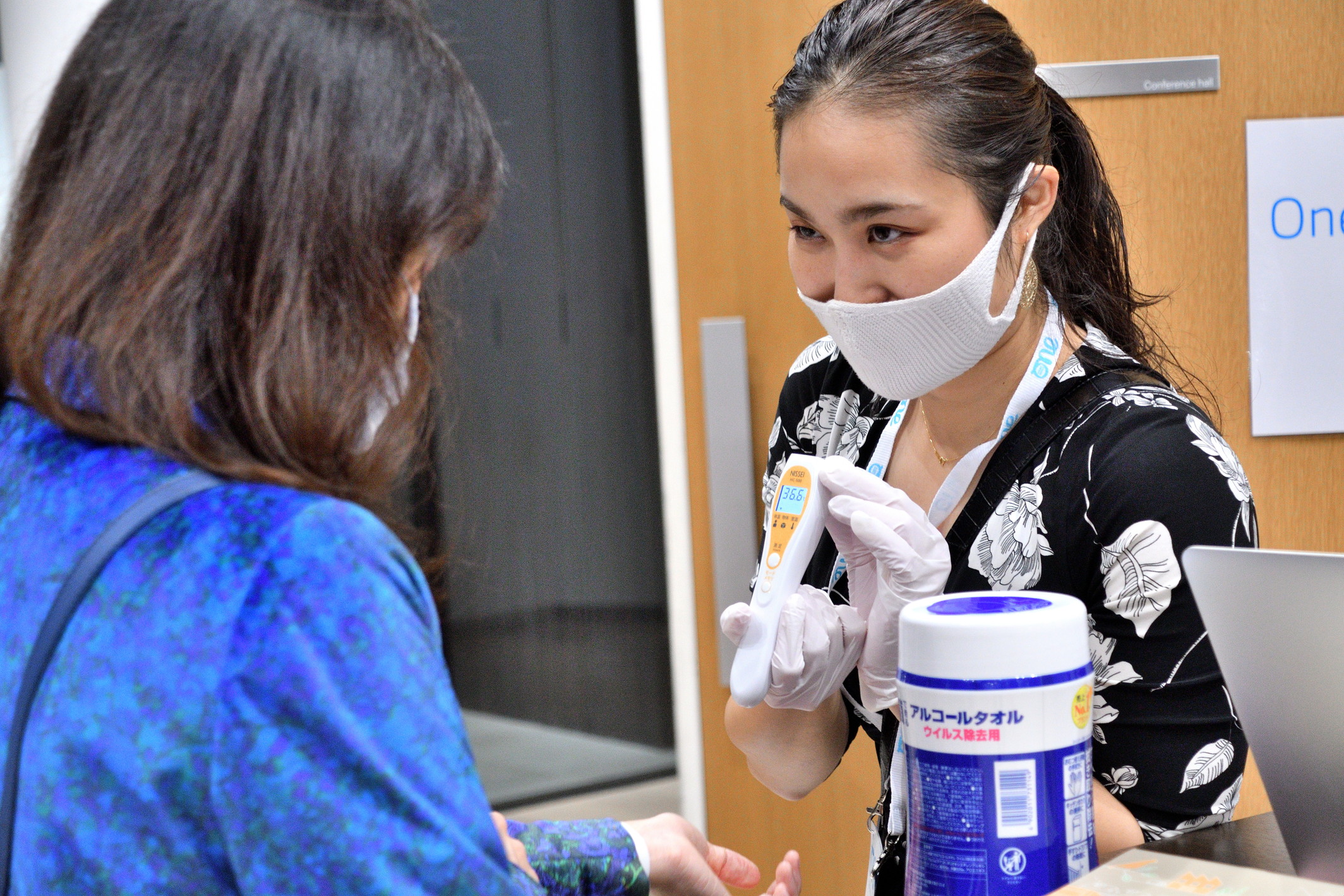 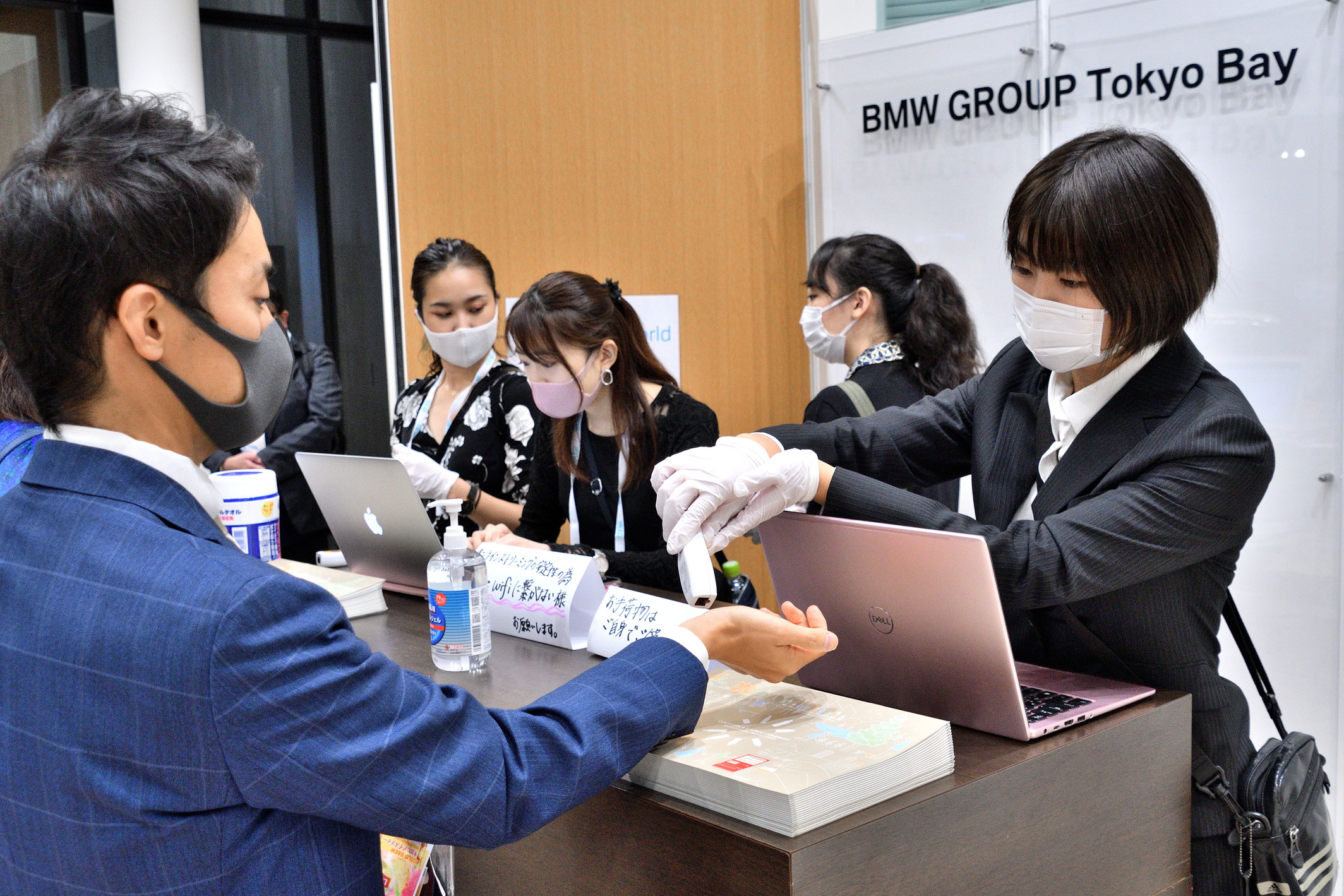 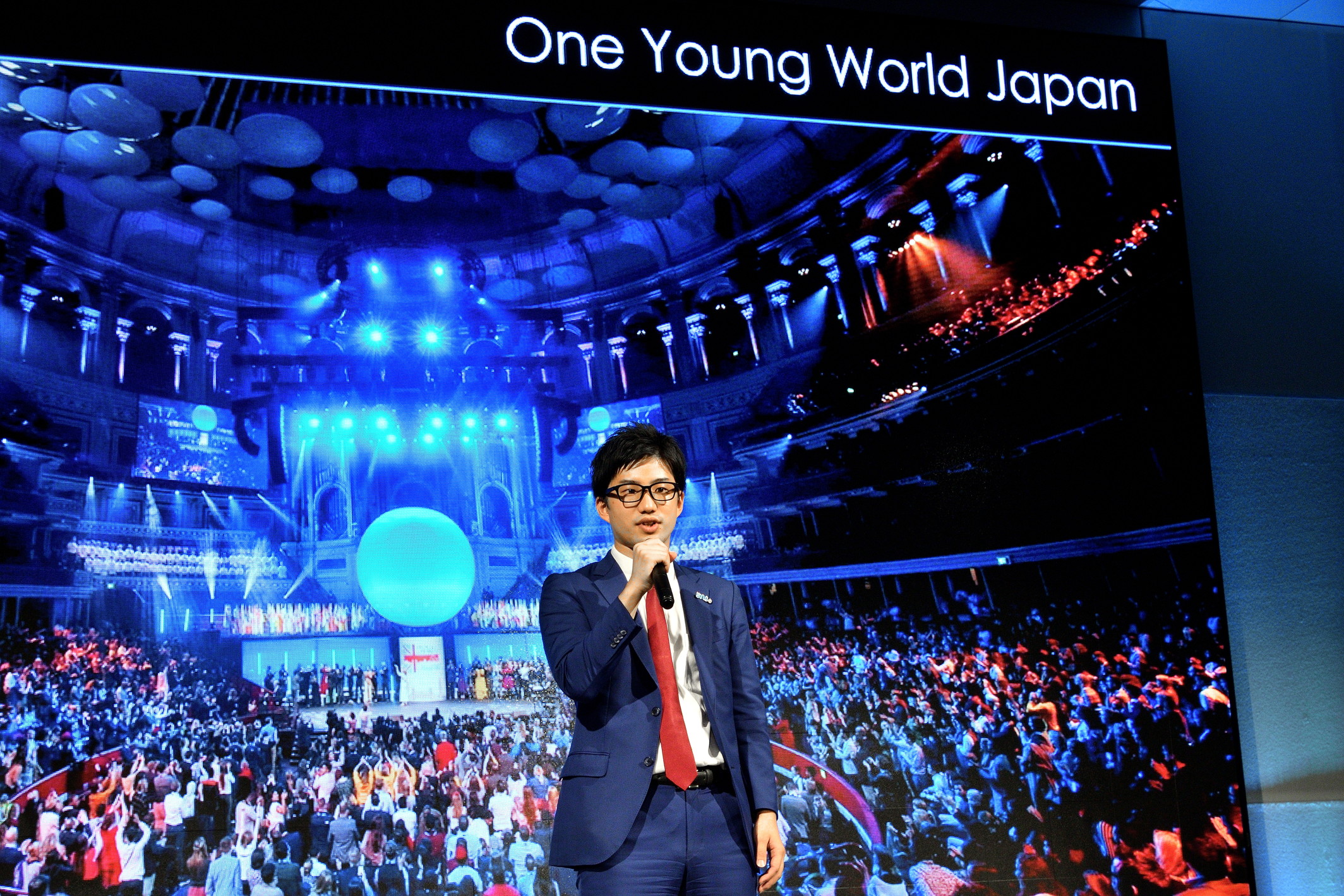 What was your role for this event?

I handled overall management of the caucus working with our ambassadors on partnership, logistics, marketing, and panel discussion design.

How long did you spend planning it?

Preparations began in March 2020, so about 6 months. The Tokyo Caucus’s teamwork was really good. Perhaps, because our core values are the same.So, a true example of Inclusive Leadership. We each have passion to solve social issues. I think a unified goal and purpose is important for managing a team, and inspiring good teamwork.

Did you face any difficulties during the preparation?

Funding was an issue as costs went up due to the Covid-19 crisis. Providing masks and hand sanitizers were not things we originally budgeted for. Also, switching to an online live streaming model was expensive. Fortunately, we had many partners to support us and to foster common values after the caucus.

Were there advantages to hosting it in hybrid format?

The advantage of hybrid style is, of course, more people can join the caucus. We reached around 390 people from 46 countries. Also, the production of original videos that can be distributed soon after the event to participants and those who were unable to attend or view it live online

The OYW Global Summit will be held in Tokyo for the first time in 2022. What do you want to say to your future delegates?

This question makes me consider the uniqueness of Japan. I think hospitality is the key word;
even for the Tokyo Olympics, hospitality has been singled out. I don’t want to say other countries have no hospitality, nor cooperation culture, but Japanese people really want to welcome people from all over the world with our own style of hospitality.
We want to convey the uniqueness of Japan to the people from across the world who attend the One Young World Tokyo Summit, so that they will return to each country and tell others that Japan is a great country, their culture is unique and that from their visit they gained lots of new perspectives.

Our ultimate goal for the event in Tokyo 2022 is to inspire young leaders, company executives, government officials and politicians to continue and expand their commitment to social issues. Our strength is storytelling based on our own experiences. We plan to hold several events leading up to the 2022 Tokyo Summit. This will spread awareness and grow the number of people wanting to join our community. Follow the official One Young World social channels for updates on OYW events in Japan and digest videos from our October 2020.

“I think the panellists imagine the viewers who are watching virtually and try
harder to communicate with their emotions. So although it was online,
it was super emotional.” 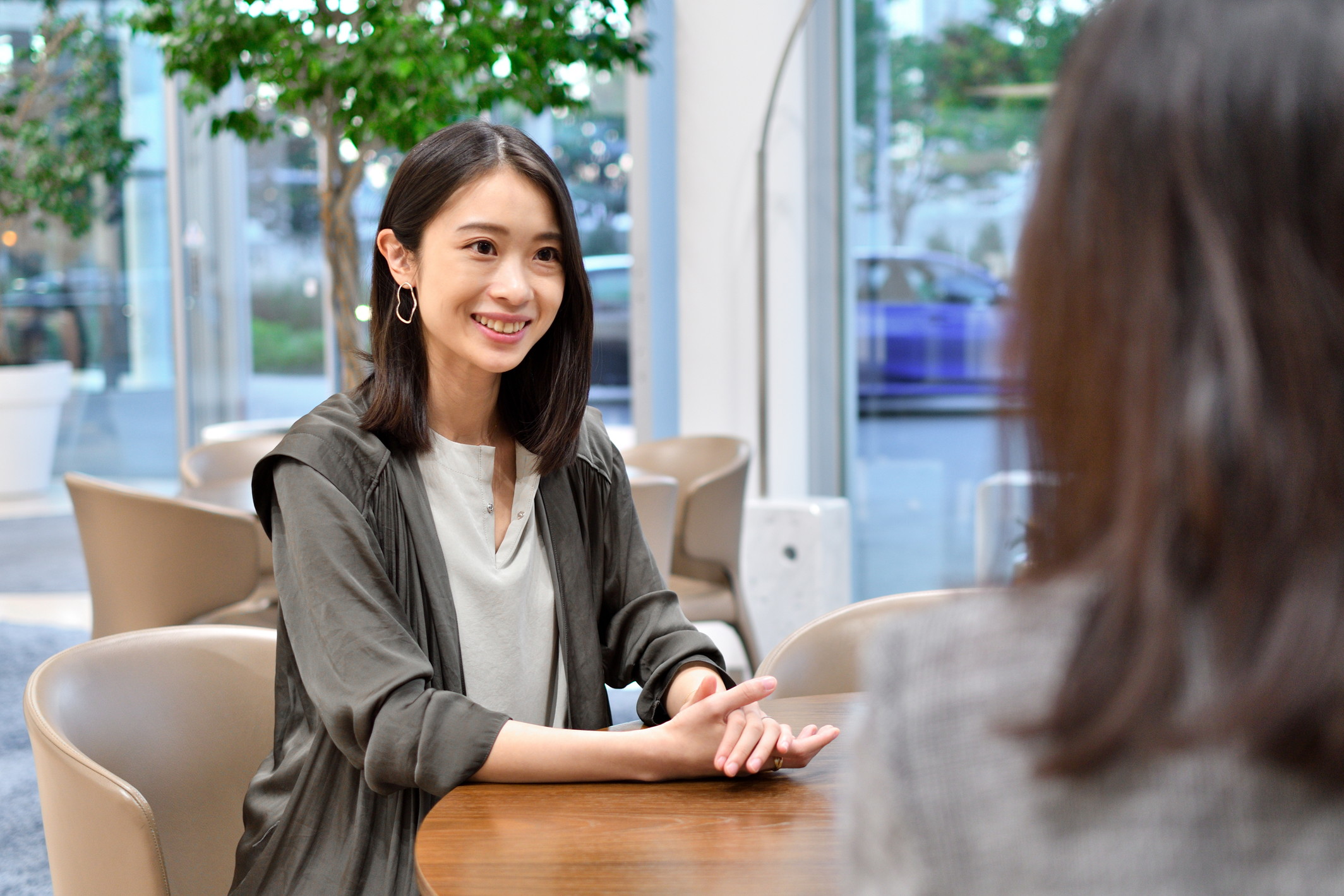 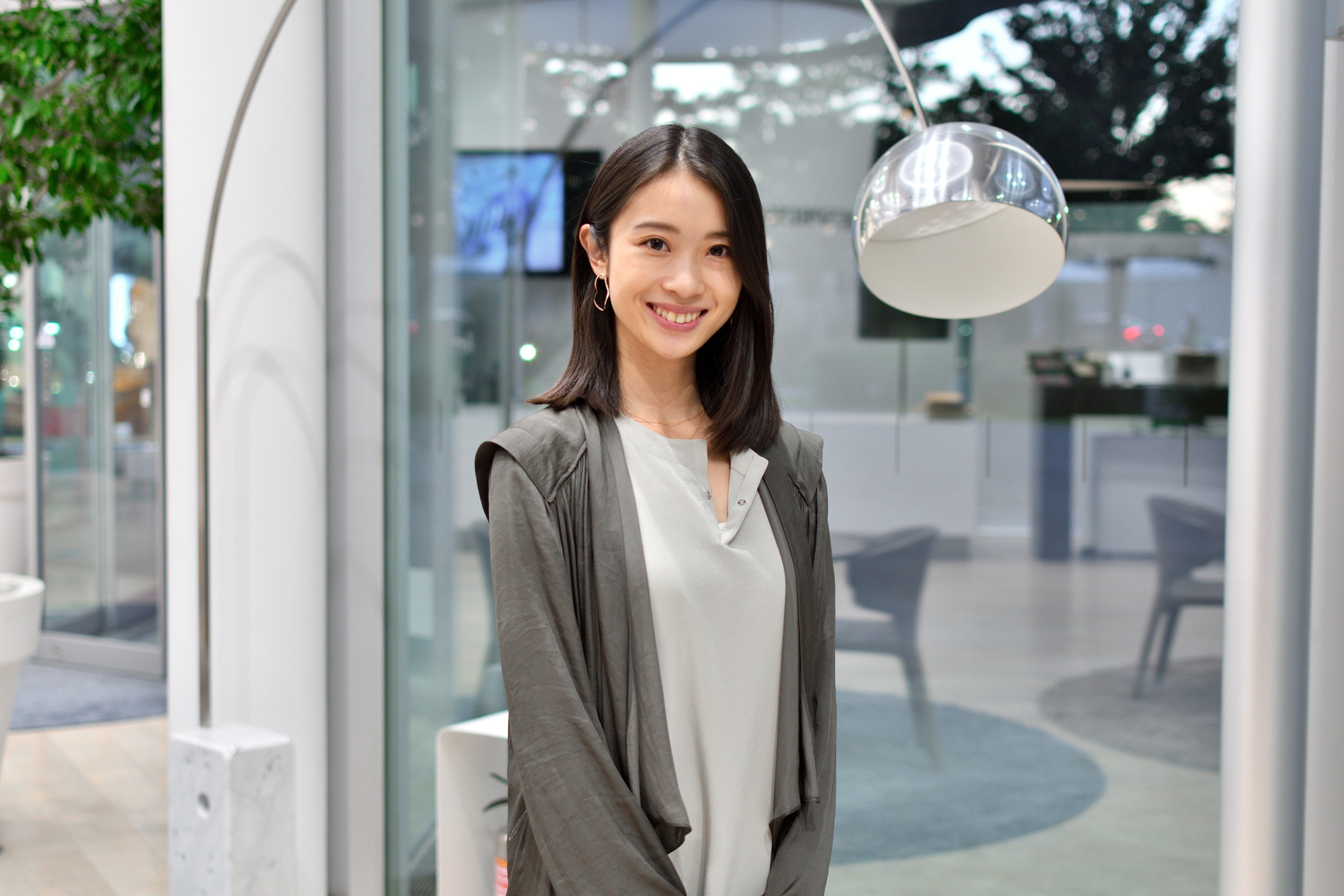 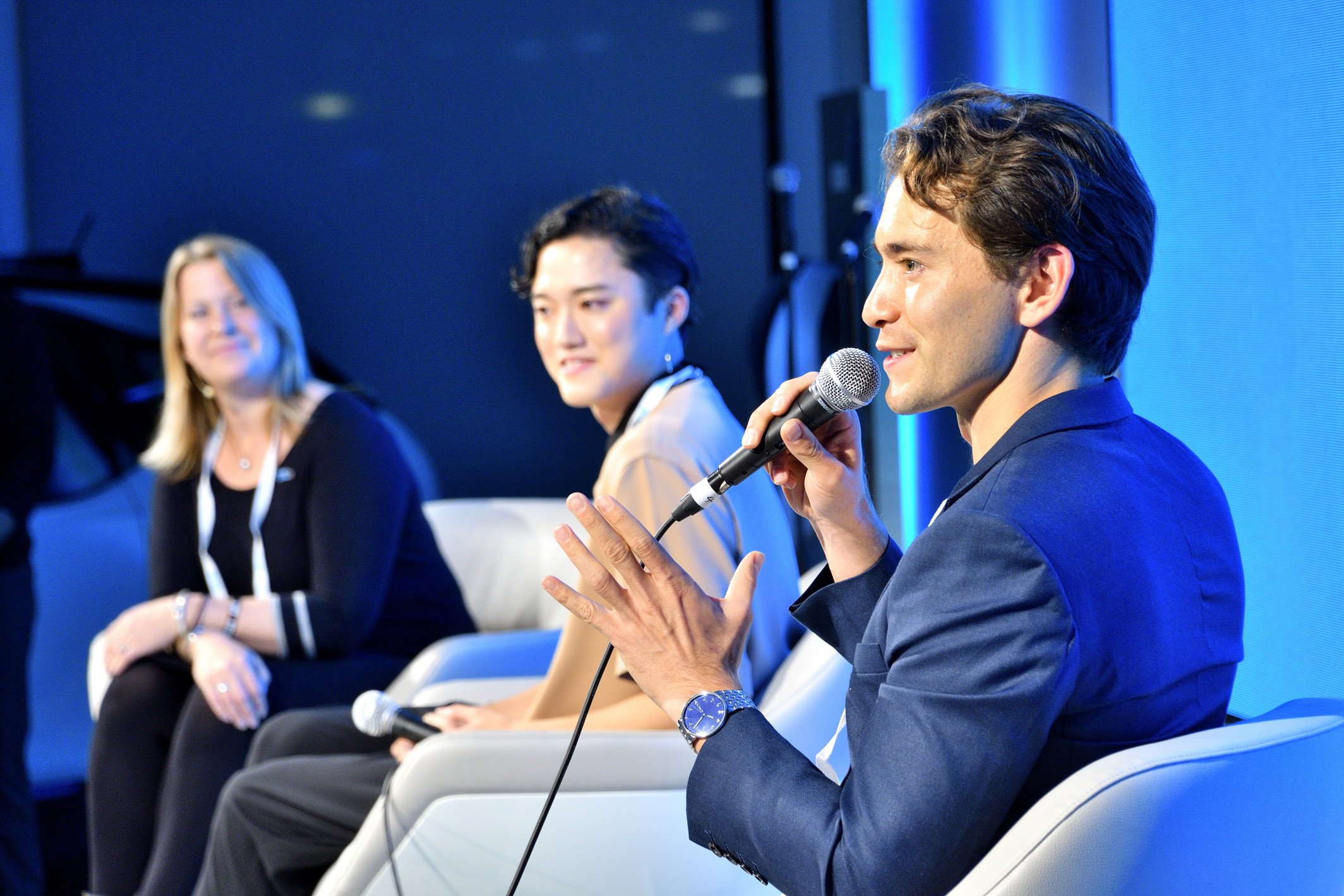 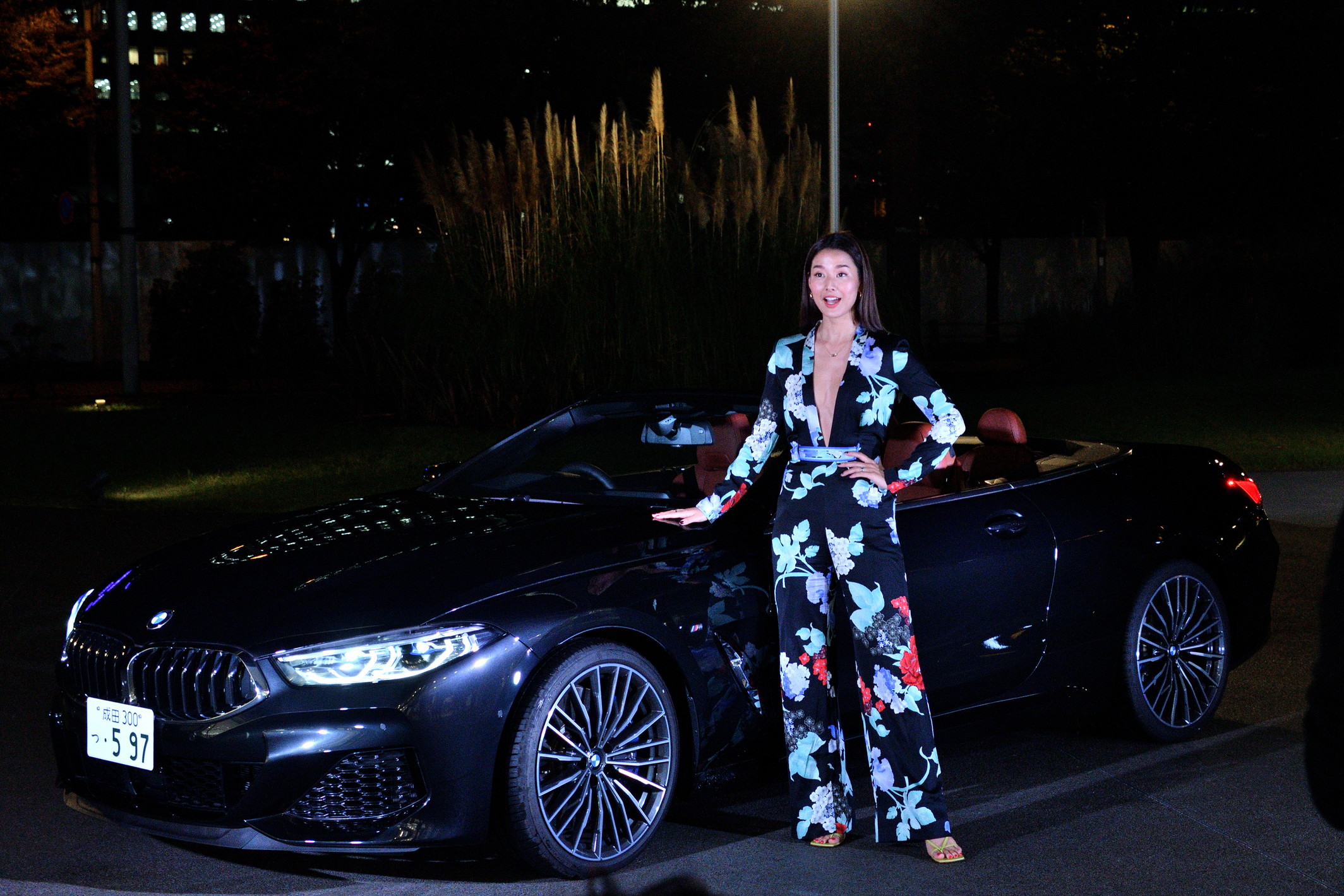 This was your first time holding a hybrid event. Did you face any difficulties?

Yes, hybrid events are not easy. When talking to partners they’d ask questions like, “How many people will be watching the show?”, “How many people will be coming?”, and “What kind of safety measures will you have in place?”
We are not event planning experts. Our biggest concern was to protect the health of the participants, panellists and speakers. So that was a priority area for us.
The online aspect also created some anxious moments. For example, on Day Three we had SDGs Olympics where we showed a video and then also did an online Q & A. We were worried the connection might fail. We had one odd delay , but generally it went well. Our partners, we call them this as all the partners are not just sponsors, were really understanding as they realise issues happen every time, no matter what the event, right?

Where were your online participants? Were they mainly Japanese?

What do you think are advantages and disadvantages in hosting a hybrid event?

An advantage is that more people can come. Also, it doesn’t matter where you are. Our event having 20 percent of participants overseas is evidence of this. They didn’t have to come to Japan, but they could watch the event. Additionally, I think the panellists imagine the viewers who are watching virtually and try harder to communicate with their emotions. So although it was online, it was super emotional.
On the other hand, a disadvantage is not being able to see the audience’s reactions. Without seeing their expressions it is difficult to gauge their interest in the sessions.

I’m speaking to you on the last day of the program. So far, have you heard any feedback about this event?

Our partners commented that this event was the first time for them to communicate about their brand in such a dynamic way. It’s not about one-way communication. This time was more like connecting with people through both-way communication. That was heart-warming feedback. We also received very positive comments about the stories shared by panellists. They didn’t only speak about their company or strategy; they told their personal story and shared their honest opinions.

Interview with Yuuki Nakao
Logistics Manager for the Tokyo Caucus 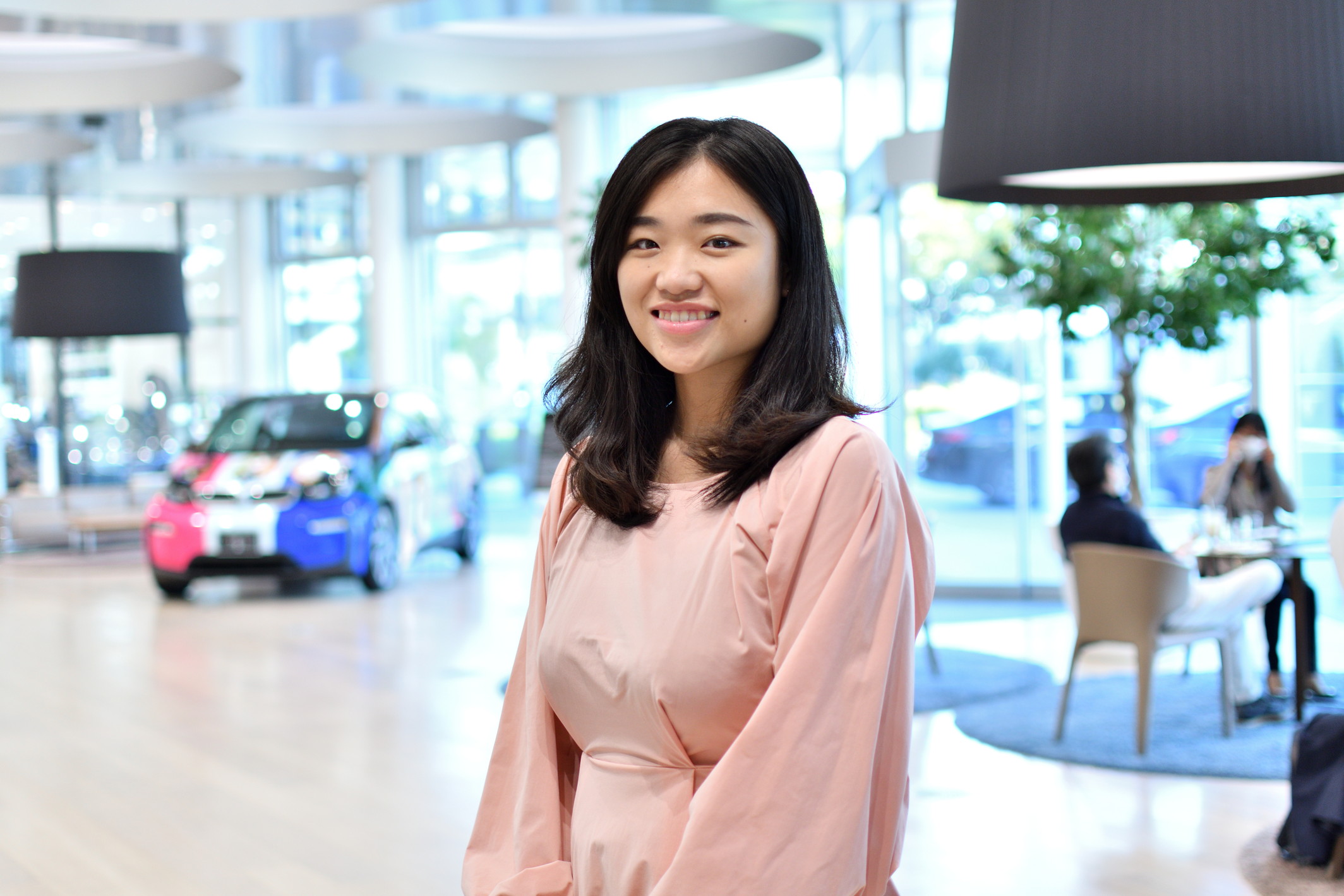 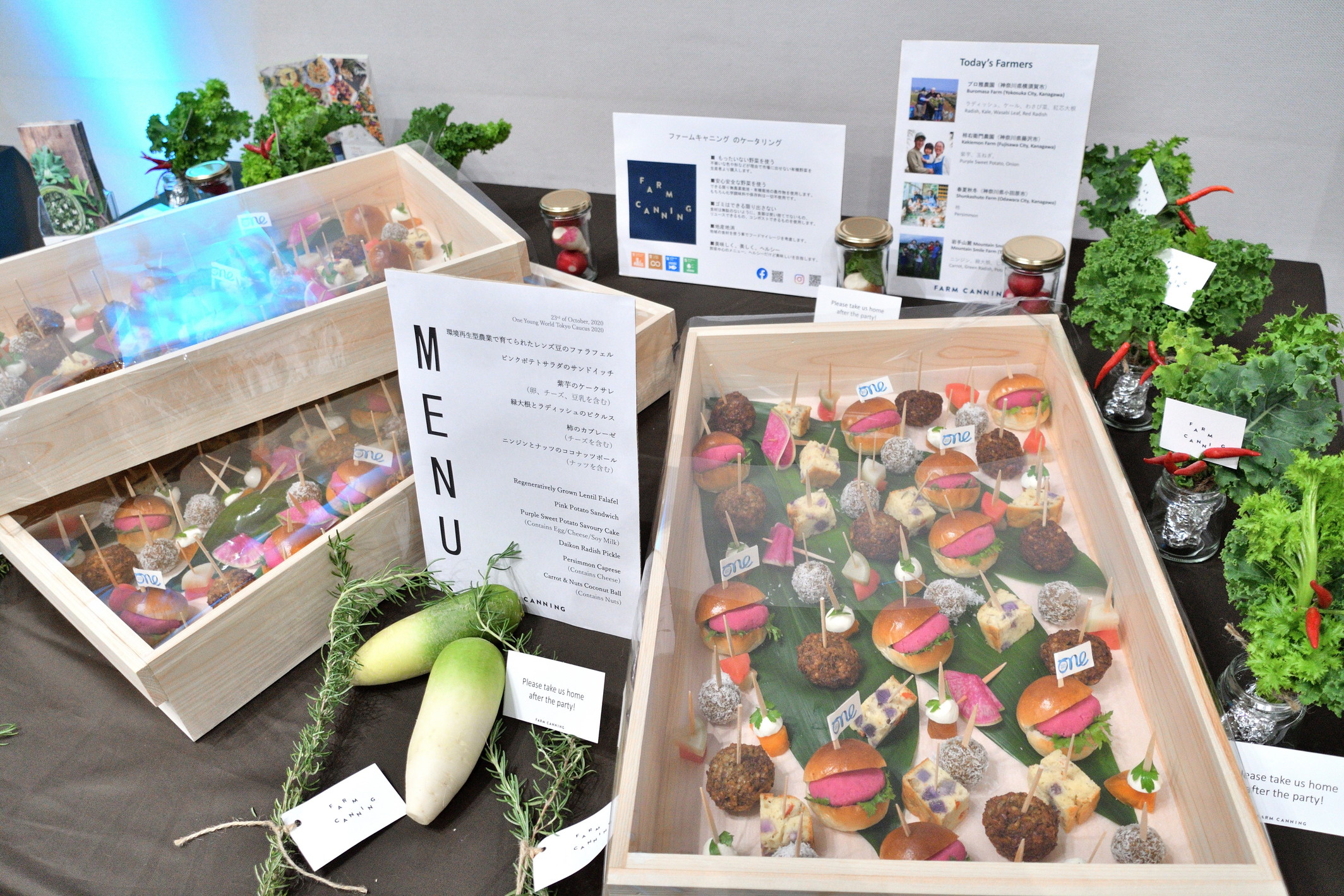 What were the demographics of your online audience?

I’ve heard around 70 percent of the viewers were high school and college students. So young students who are potentially interested in applying to One Young World Summit and becoming ambassadors. The other 30 percent are from the partnering companies and our overseas viewers. As their company’s partnering with One Young World, they would like to know what kind of initiative it is.

Did you use any methods to increase online viewers’ engagement?

Our methods were fairly standard things. We published press releases and asked affiliated media to cover this event and promote it. We also paid to promote the event on Facebook and Twitter. I think though the most powerful thing is personal connection. The One Young World community is huge. As a global organization, we are in the thousands. If each of us reached out to our own community, that could be a huge web of human connections. So, I think that has been the most important method to achieve engagement.

What feedback have you received from participants?

I was a moderator on the equality panel. This panel included Kan, recognizable to many from Netflix’s “Queer Eye” and also Christine Edman, CEO of Givenchy Japan. People told me they felt that session was really genuine. Three of the four panellists, including me, had been OYW ambassadors for a year now. So I think we were very used to conveying our opinions and addressing the critical issues without hesitating. Whereas when you are a corporate delegate, when you are representing some company, there’s always a certain emotional barrier to being truly honest and truly genuine.

How did you cater for the event?

The food was actually something else we receive great feedback on. All of the bento boxes were made with sustainable materials and our food were mostly vegan, which means that we are using less water in terms of producing that amount of food.

Could you tell me your aspirations or goals for the upcoming conference in 2022?

I hope the Summit looks at some issues strongly relevant to Japanese society, such as aging and marine life, because we are an island nation, and also gender equality. One Young World is headquartered in London. Last year’s Summit was in London and next year’s is in Munich. To be a truly inclusive and equitable entity, you need to include Asia, you need to include the Middle East, you need to include Africa. Obviously, I hope we address important issues, but also like this presence that we have as hosts in Japan, as it is through Inclusive Leadership that we actually function as One Young World.

The future of international conferences

Here we have gathered a range of special features looking at examples of online conferences already being held; industry expert predictions for the future of international meetings and business travel; guidelines for safe and secure management of events; and other topics relating to the future of the MICE industry.

What sort of measures should be taken to operate conferences safely during the Covid-19 pandemic?
The following is an introduction to guidelines created by industry associations within Japan as a useful reference for conference organizers.

These guidelines cover specific policies for MICE organizers regarding the hosting of meetings, events and conferences.
* These are guidelines only; strict adherence to all included items is not enforced. Operators, hosting facilities, etc. should fully consult with organizers to make effective use of the guidelines in operations.